I ran across this article today: Are we stuck with cement? The article points out that cement is made from limestone, releasing carbon dioxide in the process. It seems like there are substitutes but there is little information on ready, available and effective they will be. Given how commonly used cement is in concrete and […] Recently fellow member @TBA sent me a link reminding me about some new ideas in concrete technology I first heard about a year or so ago. Cracking, as you may suppose, is one of the biggest threats to the integrity of concrete structures. Water crystals freezing and thawing in a confined space of a crack can cause significant damage. Water can also deteriorate steel reinforcement, weakening critical parts of bridges, dams, etc…. Water and other chemicals and gasses can also make their way into a structure through micro-cracking, which is inherently present in concrete. The goal of “self healing” concrete is to figure out an additive to the mix that will repair cracks as they occur. Researchers have discovered a few kinds of ureolytic bacteria that can be mixed in the concrete when it is produced and lies dormant in the hardened concrete. If it is ever exposed to water through a crack however it will activate and produce limestone to fill the crack automatically. Here is a short video explaining the basics:

The hotel room felt Spartan and bleak. The sounds of my bare feet on the pseudo walnut laminate floor echoed around the room and off the bare walls. Noises from the hallway outside intruded regularly without the usual carpet to soak them up. The hipster-ish earthtone wall coverings and color-coordinated fixtures at least provided a muted aesthetic unity to the structure, a game attempt at fusing mid 60s understatement with 21st century techno-chic in such a way as to disguise the shortcomings of the regulation-driven modernizations done to this 20th century relic of a building. What is so damnably enraging about it all is that this renovation was not the result of market forces, but a response to an unnecessary Obama-era regulation, a regulation that President Trump seems strangely loathe to undo, and Trump’s unusual and quiet recalcitrance on this issue has more than a little whiff of unseemly connections to certain well known cartels. So what is going on here?

On my recent trip to Atlanta I encountered one of the more pernicious but lesser known Obama-era regulations – the Save Our Gravity (SOG) building codes regulation put out jointly by the EPA and the International Standards Organization (ISO). In an effort to severely restrict the actual physical carbon and lime footprint of our buildings, this code, first bruited in 2010, then quietly rolled out just after the 2012 elections were sealed, requires that commercial building owners take concrete steps to reduce their buildings’ overall weight and conserve gravity. Unlike many other building code revisions, this one was especially costly as it was applied retroactively to existing structures in areas of high population density on the grounds that excessive population growth was, according to EPA sub-director Gertrude Eibeme, “using up scarce gravity for future generations.”

Not that @concretevol is the only Ricochetois who’d appreciate this: The Most Effective Weapon on the Modern Battlefield is Concrete Ask any Iraq War veteran about Jersey, Alaska, Texas, and Colorado and you will be surprised to get stories not about states, but about concrete barriers. Many soldiers deployed to Iraq became experts in concrete […]

It occurred to me with all the new members lurking around here it might be time to break out another question and answer post about that magnificent building material – Concrete.  In the first post: Everything You Ever Wanted To Know About Concrete, I was surprised at how many people had questions both about concrete in […] 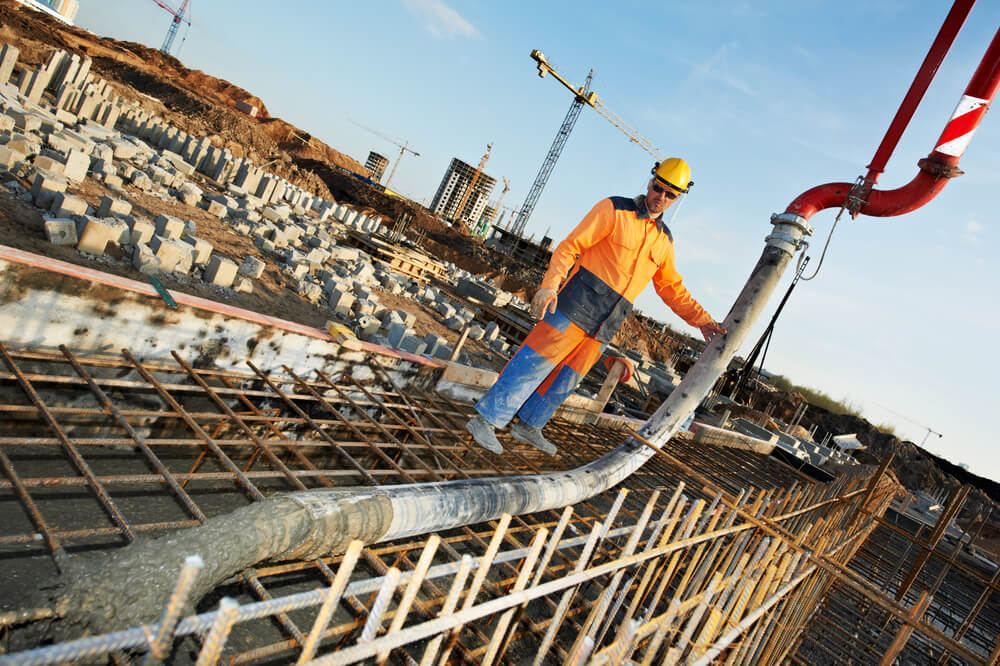 In the comments on another post, I mentioned it would be nice if someone talked about concrete — that noble material of the Pax Romana — so I might sound at least slightly knowledgeable on a topic here for once. Sure, it’s not as fun a topic as Same-Sex Marriage or drug legalization, but it may also help me in Dime’s contest this year for worst poster!

A little background: I am one of the owners of a commercial and industrial concrete construction company that does work all across the southeast and as far west as Oklahoma. Yes, it’s exactly as glamorous as it sounds! Concrete is a basically a mixture of cement, aggregate, and water. Yes, cement is an ingredient of concrete, so now you know if someone refers to concrete as “cement” it is appropriate to point and laugh.