The second of a series looking into Biden’s first few weeks in office. It ain’t pretty. Watching the Democratic Presidential primary debates of 2019-20, it wasn’t hard to find the “uh oh” moment when you knew something would not end well. And it came early – June 2019 – during an MSNBC debate moderated by Savannah Guthrie. […]

Later today, Paul Ryan is going to release a “National Security Strategy” that will propose new border security and immigration reform. “America must secure the border once and for all by accelerating the deployment of fencing, technology, air assets and personnel,” Ryan’s strategy reads. “We also must overhaul our immigration system for national security reasons.” […]

When President Obama defeated Mitt Romney, it marked the fifth time in the previous six national elections in which the Republican nominee lost the popular vote to his Democrat counterpart. Having won only 27% of the Latino vote in 2012, the GOP decided that to become competitive again it needed to “reach out” to Hispanics […]

Skipsul wrote and titled, by his own description, an inflammatory piece on Ted Cruz yesterday (see the Main Feed). I was hard (probably too hard on someone I respect and enjoy reading) on Skipsul about regurgitating talking points that were used against Cruz during his Senate campaign mainly that his personal speaking style is irritating, condescending, […]

The Establishment favorite for Speaker of the House, Paul Ryan, is an enthusiastic supporter of mass immigration: [America] is not just a country. America is an idea. It’s an idea that people from all over the world to aspire to achieve… There is no other economic system, no other immigration system that has done more […]

In a talk at Brigham Young University about a year ago, George Will drew a line from the National Recovery Administration to the Senate Immigration Bill and showed how both are examples of a government that thinks it knows so much that it must regulate all the minutiae of your daily life.   First, he […] 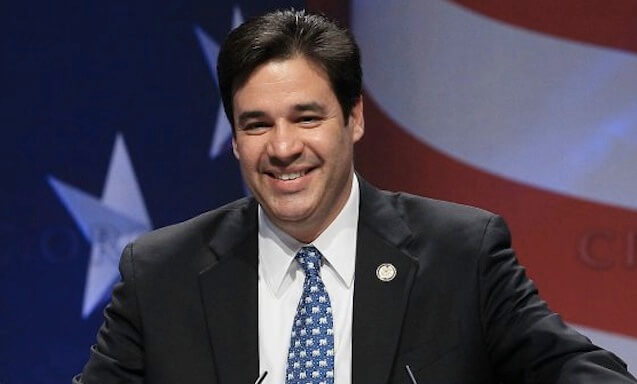 The Hopes of a Mother to Her Son
JennaStocker · 26 Likes