As I sat down to type my nth comment defending the Republican Party against claims that it is useless, has accomplished nothing, and needs to be abandoned, I decided to write a post about it instead.

If the Republican Party were a monarchy, it could announce its intentions and its loyal subjects would fall in line and march as ordered. As king, the Republican Party could use its fiat power to declare that the things it claims to support and believe in — American exceptionalism, limited government, free markets, a strong military, and the Constitution — were sacrosanct; the Party’s subjects would dutifully vote for the Party and elect its candidates.

Republican governors all over the country are taking care of their states regarding Covid-19 to mixed reviews. At least most of them aren’t crippling their economies or insisting on lockdowns. I can’t help bragging about Florida’s governor, however, because he does whatever he thinks is necessary—and he’s faced an irate CDC and has been denounced by the media.

Let me tell you about Ron DeSantis. While Gov. Andrew Cuomo was signing the death warrants for hundreds of senior citizens in New York when he sent them into nursing homes, Ron DeSantis protected the nursing homes until it was clear that residents could safely be visited. He has also defied the recommendations of Dr. Anthony Fauci, knowing that the good doctor wasn’t using the science at all, nor good sense, but was making political decisions. Most recently DeSantis was chastised for two decisions: the first was deciding to prioritize vaccines for the elderly. According to Peacock Network, this was clearly a political decision. I guess targeting the most vulnerable group is considered high politics.

I have seen enough graphs, data, and statistics on Ricochet to last me a lifetime. Some of the information is helpful, some of it is confusing, some of it is biased. I had decided to just watch and listen to the discussions and come from a place of “not knowing,” to allow myself to take it all in and eventually draw my own conclusions. Well, eventually has arrived, in the form of my complaints and that ol’ go-to method, common sense.

First, I’m getting upset at the number of personal attacks in the conversations. People are assuming the worst of intentions, becoming defensive and aggressive. My advice (for what it’s worth):

“The charge is often made against the intelligentsia and other members of the anointed that their theories and the policies based on them lack common sense. But the very commonness of common sense makes it unlikely to have any appeal to the anointed. How can they be wiser and nobler than everyone else while agreeing with everyone else?” – Thomas Sowell

I believe this bit of Sowell food explains a lot of the silliness in today’s SJW culture. How can you seem superior when you agree with the cannaille, the commoners? You have to come up with ever more esoteric and outre theories — or at least agree with them — in order to stand out from the herd. And by doing so become part of a different herd. (Or perhaps, really a flock, baaing out inanities with the rest of the sheep.)

No, not really. I don’t want you to look at me; I look awful today. But, there are a lot of people on the internet who shout that silliness all the time. Videos are posted every day of kids showing themselves eating laundry soap; snorting condoms, and shouting at adults that they are victims of […]

There was once a very wise king, who used his wisdom and tenacity to build the country he had reign over into a prosperous, thriving and mostly peaceful realm.  When the wise king died, his son took over the throne. In the early days of the son’s reign, the elders (who also advised the father) […]

The onslaught of sexual misbehavior reports is wearing me down. It’s not that I don’t feel sympathy for the women who have experienced men’s bad behavior, or that I don’t feel bad for all the decent men who feel defensive or confused by the implication that all men are animals. But now that we’ve exacerbated […]

In this world soaked with political stupidity, it is our obligation to ensure that the potentially lethal realm of firearms legislation makes sense. I understand that many people have tried to put an illogical spin on the term “common sense” but I think we can try to use the sense which is merited, but rarely […]

My friend Claire Berlinski — some of you might know her as well — sent me this link to an NBC article purporting to report that the Obama administration “is contemplating an unprecedented cyber covert action against Russia in retaliation for alleged Russian interference in the American presidential election.” She suggested that I post my response. With her kind permission, here it is, with some (very) light editing to fit the thing within the spirit of the CoC. The indented remarks are quotes from the article.

Me: This is crap. But thank you for forwarding it.

This is all too typical nowadays. How much further can this sheep-like divorce from reality and common sense go? (Although ‘common’ sense is no longer common) Will people ever rebel against this delusional lunacy? The Emperor’s New Clothes is now the most needed text in America. http://www.washingtontimes.com/news/2016/apr/18/college-students-struggle-tell-white-man-he-isnt-c/ Preview Open

It’s high time I got right down to some of the epistemological basics and explained something important about knowledge: that in order to know anything empirically we have to accept some things on a non-empirical basis. There are certain beliefs that are necessary if we’re going to learn anything about the world from experience, but which are […] 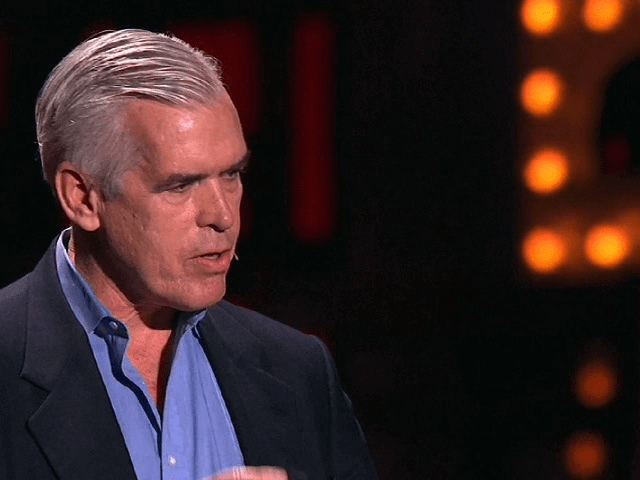 I’m a huge fan of Philip K. Howard. I credit his 1995 book, The Death of Common Sense, with getting me to finally adopt “conservative” as a label for myself. It sometimes irks me that he isn’t more famous in conservative circles. He’s got a new book out, The Rule of Nobody.  Here’s an interview […]