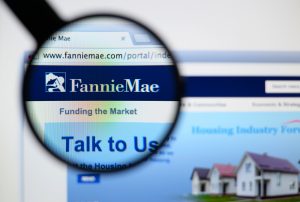 The US Supreme Court heard the oral argument this month in Collins v. Mnuchin, a high-stakes case worth roughly $29 billion. The case was argued on terms that ordinary people would rightfully find utterly unintelligible. At stake was the legitimacy of the key features of the federal bailout of Fannie Mae and Freddie Mac, the two government-sponsored enterprises (GSEs) that dominate the residential home mortgage market.

The bailout began in the frenzied days after the 2008 banking crisis. Initially, the federal government agreed to contribute more than $188 billion to the two companies in exchange for senior preferred stock that carried with it a 10 percent dividend, or $18.8 billion per year. That deal was not negotiated by the trustees of Fannie and Freddie, as they had been ousted from their positions by a conservator, Edward DeMarco, the acting director of the Federal Housing Finance Agency (FHFA), which was given power to oversee the residential mortgage market. DeMarco had an obvious conflict of interest in making this deal because he was negotiating against the Department of Treasury, where he had been a senior official between 1993 and 2003.

The 2008 deal remained stable until August 2012, when DeMarco and Treasury renegotiated the transaction, such that the 10 percent dividend was eliminated in favor of a Net Worth Sweep (NWS) in the Third Amendment to the original deal. That NWS took all the dividends in perpetuity from both Fannie and Freddie and paid them into the federal treasury, leaving the companies with no cash, no liquidation preferences, and no voting rights, so that their only asset was a lawsuit against both FHFA and Treasury Secretary Steven Mnuchin as a stand-in for the United States government.