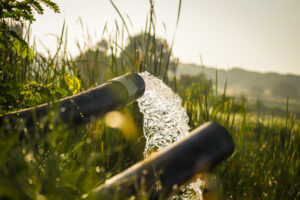 Last week, a thoroughly confused and grumpy Supreme Court heard oral arguments in Sackett v. EPA, which once again addressed the reach of government permitting power under the 1972 Clean Water Act.  In 2004, Michael and Chantell Sackett purchased a 0.63-acre lot in an Idaho housing subdivision, separated by three hundred feet from Priest Lake—a large, navigable body of water—by a major road and other homes. In 2007, the Sacketts applied for a building permit, which the Army Corps of Engineers denied on the grounds that their lot was properly classified as a wetland, which under the CWA meant the Sacketts were required first to get a permit from the Corps. The designation as a wetland came from a May 2008 Corps study by the EPA’s field ecologist, John Olson, which “observed that all portions of the Sackett property where native soil was removed but fill material had not been placed . . . were inundated or ponded/saturated to the surface.”

This legal tangle begins with a key coverage provision of the CWA:

(7) The term “navigable waters” means the waters of the United States, including the territorial seas.