In 1957, I started work as a telephone installer in 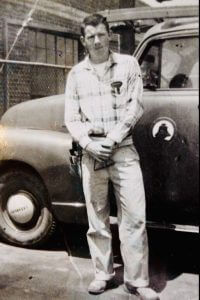 Watts.  I lived in the neighboring town of Compton.  Here I am looking Bell Telephone spiffy, decked out in my work belt and pocket protector, in front of my ladder-equipped truck.

I was looking to make some money and perhaps begin a career. But within a year, my plans changed.  The reason for that change of plans is what this post is about.

Over at Powerline, Paul discusses Bill Kristol and Mona Charen’s public endorsement of radical Biden appointee Vanita Gupta. Paul wonders — reasonably, I think — whether these two prominent “never-Trumpers” have joined the frankly flaky Max Boot and Jennifer Rubin in jettisoning their prior conservative values as the apotheosis of their NT transition. Now I […]

Someone at a social media site, who I will not dignify with a link, wrote, “I think we need to find a way to stop the working class from voting altogether.”

This individual, who is in the UK and is obviously a furious anti-Brexiter, also wrote: “Idiots and racists shouldn’t be able to ruin the lives of people who do well in life by voting for things they don’t understand. The problem in this country boils down to low information morons having the ability to vote.” Anyone imagining that just any sort of flowers can be presented in the front of a house without status jeopardy would be wrong. Upper-middle-class flowers are rhododendrons, tiger lilies, amaryllis, columbine, clematis, and roses, except for bright-red ones. One way to learn which flowers are vulgar is to notice the varieties favored on Sunday-morning TV religious programs like Rex Humbard’s or Robert Schuller’s. There you will see primarily geraniums (red are lower than pink), poinsettias, and chrysanthemums, and you will know instantly, without even attending to the quality of the discourse, that you are looking at a high-prole setup. Other prole flowers include anything too vividly red, like red tulips. Declassed also are phlox, zinnias, salvia, gladioli, begonias, dahlias, fuchsias, and petunias. Members of the middle class will sometimes hope to mitigate the vulgarity of bright-red flowers by planting them in a rotting wheelbarrow or rowboat displayed on the front lawn, but seldom with success. In recent years, we’ve been treated to plenty of articles regarding the romantic and sexual habits of the young and college-educated. In general, the observation is that the ladies are finding it difficult to find men who are interested in committed relationships or marriage, while the guys are blithely bouncing from bed to bed. While no stereotype is true of the whole — as my early-20s self of a decade ago would have bitterly pointed out to you — this one seems to reflect at least a part of reality.

Though there’s no shortage of likely causes — including the ongoing effects of the Sexual Revolution — two factors that have rightly attracted attention of late are the power of scarcity within different dating markets and how those markets are largely demarcated by education (e.g., college graduates generally limit their dating pools to other college grads). Among college-aged Millennials, for instance, there are four women for every three men. In that demographic, this means that men’s preferences dominate, not in spite of their low numbers, but because of them. Consequently sexual mores tend to be loose and committed relationships relatively rare. (“Won’t sleep with me? Sorry, baby, there’s plenty who will.”) When you factor in youthful hormones, it’s little wonder that sex tends to happen relatively early and requires less commitment.

(The outcome is deeply ironic, given that most feminists seemed to assume that, as college become more dominated by women, their preferences would become ascendant. Chalk this up as yet another example of the dangers of political thinking divorced from economic understanding). “It’s about what these women will let guys get away with.” You may not expect to hear commentary like that at your garden variety think tank panel discussion, but it got pretty lively at the American Enterprise Institute discussion on the topic “Do Healthy Families Affect the Wealth of States?”

Megan McArdle of Bloomberg View is author of the above comment. The question at hand was: Why are so many young women (64 percent of moms under the age of 30) having children out of wedlock? The class divide in America is nowhere as wide as on the matter of marriage. College educated men and women are sticking with the traditional order of marriage first, children after. Not only that, but they are far less likely to divorce than their parents’ generation. Those with only some college or less, by contrast, are much less likely to marry before having children, and much more likely to divorce if they do marry.

McArdle was answering her own question in a sense. She noted that many who had studied the retreat from marriage among the uneducated propose the “working class men are garbage” thesis. According to this view, lots of young men are unemployed and playing video games all day. Why would a young woman want to marry such a loser? She’d just be getting another kid.

Over at National Journal, Ron Brownstein simplifies the GOP’s state of play: 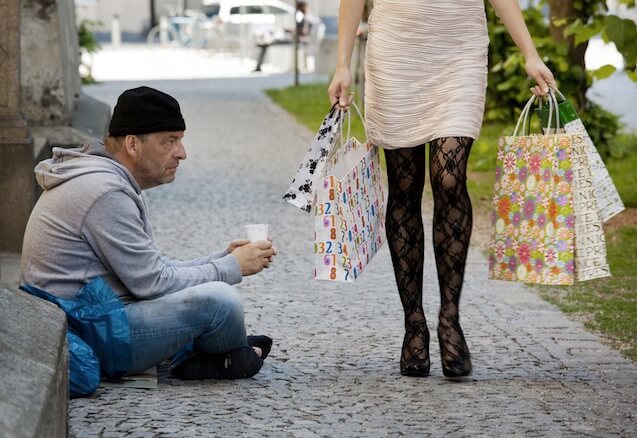 I want to start this post out by trying to establish my bona fides regarding the subject that I am about to talk about. I have seen a reasonably broad swath of socioeconomic status in my life. My parents started out as fairly typical, middle-class people. My mother’s family (from rural Green Bay, Wisconsin) were almost uniformly blue-collar (my grandfather failed to finish high school) while my father’s family (mostly college-educated) were landowners and timber barons in Idaho … but they ultimately lost it all.

Thus I certainly didn’t come from money, despite the fact that improvements in my father’s employment allowed him to purchase many nicer things for my younger sister than I had when I was her age. This is the nature of things.  There was a little bit of Fishtown and a little bit of Belmont in my upbringing. But there was never a hint of the negative stereotypes of Fishtown.