Join Jim and Greg as they welcome the news that it looks rather unlikely that the Senate Democrats will be able to pass a version of the Build Back Better legislation by it’s self-imposed Christmas deadline. They also unload on the Biden administration after it cut the video feed of a presentation by a Taiwanese official who offered a presentation showing Taiwan as a different color than China on the map. And they react to Chris Wallace bolting Fox News for CNN while offering a modest suggestion for his replacement. 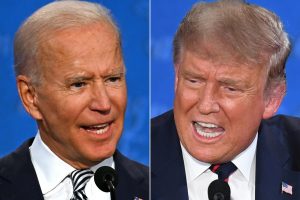 It’s only nine days ’til Christmas but the news keeps coming and the Three Martini Lunch is ready!  Join Jim and Greg today as they thoroughly enjoy watching Fox News Sunday host Chris Wallace call out former FBI Director James Comey for a long string of statements that have been contradicted by the inspector general’s report on the Justice Department and FBI abusing the FISA process.  They also roll their eyes as Democratic Rep. Jeff Van Drew looks for a political lifeline by switching to the Republican Party after announcing he will not vote to impeach President Trump, and the GOP appears ready to accept the man they recently branded a socialist.  And Jim is actually rendered speechless for a moment as disgraced Hollywood mogul Harvey Weinstein insists he isn’t getting enough credit for all he’s done for women. Last night, Donald Trump and Hillary Clinton met for what was the third, and mercifully final, presidential debate of this cycle. We knew it was going to be rough when they didn’t even shake hands. (There was pre-debate handshake drama … ugh, we won’t trouble you with it. But it was a thing.)

This debate can roughly be divided into two parts, the first half and the second half. To the credit of the moderator, Chris Wallace, his topics were rock solid. He touched on the Supreme Court, the Second Amendment, and abortion. Wallace did not hesitate to press for answers either. He asked Hillary Clinton directly about voting against a partial birth abortion ban. (No doubt handing Mollie Hemingway a free column.) And Donald Trump, of all people, made a very graphic case against late term abortion.