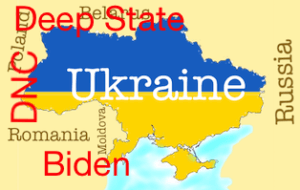 On July 12, 2021, the Kremlin published an article with Putin as the official author. This was a Moscow-centric telling of the history of Russia and Ukraine. It denied, by omission, the Holodomor and the ethnic cleansing of the Crimean Tartars, because Stalin had been rehabilitated as a great patriotic leader by Putin. On February 21, 2022, when Putin went before the Russian and international public with his effective declaration of war against Ukraine, readers of the official English translation found a message consistent with last summer’s supposed historical account. We were all warned, before the execrable Biden regime execution of the Afghan exit.

Putin issued his justification paper last summer in the context of internal moves to whitewash Moscow’s Soviet era depredations and the Democrats, emplaced and empowered by the social media billionaires, unilaterally crushing American oil and gas dominance. The Democrats, empowered by evil Alphabet (Google/YouTube) and Zuckerberg’s stealing of the 2020 election, made the world much more dependent on Russia and other bad actors, pouring petrodollars into a struggling economy, enabling the financing of military adventurism. Now they say we must pay for the effects of their lab-coat leftist regime by massive increases in the cost of fuel and every item delivered by truck.

President Trump had Putin tightly contained, unlike Bush the Younger (who lost the country of Georgia’s independence), Obama (who green-lighted the initial covert invasion of Ukraine), and now the Biden regime. President Trump contained Putin by making NATO members take ownership of their treaty obligations, by praising Polish independence in Poland while recalling the wrongs done by both Germany and Russia, by being much more decisive militarily, by effective financial threats to stop Nord Stream 2, and by driving down energy costs and flooding the world market with American oil and gas capacity. The current regime undid all of this in the first months of 2021, signaling Putin that he could go back to reestablishing the pre-1991 borders of Greater Russia.

Say what you will about Jimmy Carter, he and his large congressional Democratic Party majorities acted strongly to counter Brezhnev’s doctrinal intervention (invasion) of a peripheral Soviet client state, Afghanistan, while the Biden regime and his bare radical congressional social Democrat Party majorities are doing all they can to empower Xi’s ongoing genocide, to be followed by intervention (invasion) in “Taiwan, China.” The Democrats do so, both directly and by empowering the current Russian czar in his long campaign to reestablish the pre-1990 Russian imperial borders first established by Stalin, the Red Czar. Sadly, there are self-professed republicans, supposed liberty-lovers, who are also enabling the twin towers of 20th Century oppression to advance in the current era. This is especially bitter as the left’s advance in this country now appears to have reached another high water mark, short of forever truly fundamentally transforming America.

President Carter acted quickly against Czar Brezhnev’s Russian invasion of Afghanistan. In 1979, Czar Brezhnev sent Russian elite troops and armored columns south into Afghanistan, a move far beyond that any Russian imperial army made through the entire Great Game between the Russian and British empires. In response, President Carter, with the support of overwhelming Democratic majorities in both houses of Congress, launched an ultimately effective set of countermoves, using the tools of national power other than direct U.S. military power. 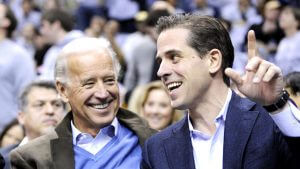 It is a bipartisan article of faith within the American foreign affairs establishment that Vladimir Putin is our implacable foe, and that the Russia-China axis is a natural alliance of two powerful, like-minded despotisms set on global domination. This axiom, a toxic byproduct of our recent domestic political meltdown,  is as unquestionable as it is wrongheaded and short-sighted.

In the American imagination, still laboring under a post-Cold War hangover, Russia looms large as a font of hostility, anti-Americanism and illiberal ideology. And indeed, there is little question that the Putin regime is authoritarian and hostile or indifferent to Western values like human rights, individual liberty, and law-bound, accountable government. There is also little question that Russia’s intelligence services have been spectacularly successful in exploiting our political divisions and sowing havoc and discord in our domestic politics. And, Putin continues to poke Uncle Sam in the eye, witness for example, Russia’s most recent meddling in Venezuela.

Jon Kyl retired from the Senate in early 2013. While in the Senate, I considered him one of, if not the best at speaking/explaining things clearly. He always hit just the right note, with just the right amount of information.  Kyl did a recent interview with Bill Bennett centering around national defense I thought worth […]

Quote of the Day: On Not Being Offended
Seawriter · 26 Likes