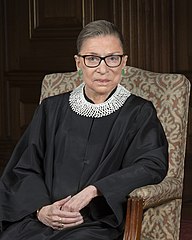 There has been plenty of commentary, on Ricochet and elsewhere (see first and especially Amy Howe’s analysis), about the decision penned by Chief Justice John Roberts, joined by the four consistent leftists in relevant parts on Department of Commerce v. New York. One issue, and important consequence, seems unaddressed. By sending the matter back to the Federal District courts, without imposing a very accelerated calendar and requiring a decision back to the Supreme Court by the end of the summer, Roberts has effectively pushed back any actual count of the illegal alien population by a decade! He has kept the political process uninformed, except by competing guesses, presented as statistical models and sample data. This is the point on which President Trump should be hammering daily.

Roberts did not rule that a citizenship question is unconstitutional, but he did not need to, as his opinion, as written, runs out the clock nicely. Instead, he relied on insinuations that Wilbur Ross had racist motives and had lied to cover up these racist motives. By entertaining this smear job by the lower courts, Roberts diverted the conversation from the ultimate bipartisan elite goal, perpetuating their numbers racket.

Two Obama-appointed judges have upheld the “most invasive Congressional subpoenas for private financial information in American history.” The judges refused to grant a stay for appeal, so banks have turned over to the US Congress financial records of private citizen Donald Trump (and, by extension, his family) before he became President. Democrats have made a power play that boggles the mind in its violation of some of the most basic freedoms granted US citizens in the Bill of Rights.

Attorney Robert Barnes penned a good brief, cogent summary of how and why the judges’ decisions were wrong. Barnes notes that Congress’ investigative subpoena power in the past has been “so sparingly employed,” the Supreme Court had “few cases” to review its use for most of our history (Watkins v. United States, 354 U.S. 178, 193 [1957]). There’s some strong language in previous decisions, however, which comes down heavily on the side of upholding citizens’ rights in face of Congressional subpoena power that stood out to me:

“The Chief: The Life and Times of Chief Justice John Roberts” was recently released. I read the book in 24 hours. It was captivating and insightful. The author is certainly to the left of Chief Justice Roberts and myself, yet she played it straight. For example, the author hints that she agrees with Roberts upholding […]