Something odd happened on Fox when former Speaker Newt Gingrich, a guest on the show Outnumbered, mentioned George Soros as one of the people funding the radical segments of our society, including BLM, the riots, etc. He was cut off by two of the panel, and an awkward pause ensued. Then they cut him off and proceeded to talk about another story.

Soros has been accused of buying the media and fueling government disruptions across the globe for decades. A critical election is seven weeks out and much of the media is biased toward the liberal agenda and beyond. Fox remains one of the few forums that offer alternative thought, including news stories that many will not touch. So what happened when Newt used the “S” word on their show? You be the judge:

Harris Faulker, who hosts the show was caught off guard and had something to say about it. 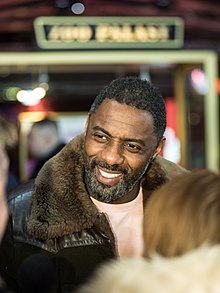 Imagine an actor allowing for racist themes in movies and television! An actor from the UK, Idris Elba, thinks that racist viewpoints should be included in films as long as they are included in the rating systems that we have already accepted. He thinks that censorship is not necessary:

Out of respect for the time and the movement, commissioners and archive-holders pulling things they think are exceptionally tone-deaf at this time—fair enough and good for you. But I think, moving forward, people should know that freedom of speech is accepted, but the audience should know what they’re getting into.

I wonder how long it will take for him to get blowback? I haven’t seen any yet.

Regardless of one’s religious faith or lack thereof, there is an illustrative case in this biblical story: When one cannot buy or sell, one is metaphorically up the creek. Short of producing everything one needs oneself, buying and selling are necessary parts of virtually every modern person’s life.

Matze said he created the app after seeing the biased algorithms by other platforms such as Instagram and Twitter, which failed to provide people honest content. Parler, he said, serves as a town square where everyone can share their ideas without fear of being removed for disagreeable content.

Too much time on my hands on a Friday night…. Preview Open

Several times since @bobthompson (I think) recommended it to me, I’ve referred to the MedCram channel on YouTube as a source of good, up-to-date information on Covid-19. Much of it is directed at medical professionals and goes into biochemistry that I follow as best I can, but there is also a lot that is suitable […]

The main thing that needs to happen right now is to encourage, and insist that someone who is not of the Leftist’s Playbook steps forward and creates new social media platforms. I have been thinking about Elon Musk, but are there others like him? Preview Open

Michael Shermer  (Skeptic Magazine, Science Salon Podcast, Scientific American) dropped by before quarantine went into effect to discuss skepticism, religion, debunking conspiracy theories, scientific attempts to achieve immortality, and why “I don’t know” are the three most powerful words you can utter. He and Bridget cover everything from why neither one of them would want to live forever, to why Heaven sounds really boring, how liberals used to be the defenders of free speech and when it all changed, pluralistic ignorance, censorship, hate speech, thought crimes, and why open debate is the only way to find out what’s actually true. Don’t miss Michael’s new book Giving the Devil His Due, available now! What passes for “evidence” of Big Tech bias against the right tends to be of the anecdotal variety. A piece of content gets blocked or hidden. An account gets suspended or banned. And then conservative media goes crazy, charging that Silicon Valley is suppressing conservative thought and thinkers.

As high-tech companies prepare to help the political Left dominate pre-election rhetoric, they will likely ramp up their efforts to silence the Right, especially on controversial issues like abortion. One young man decided not to stand by and immediately lost his job as a result.

People who care about the free exchange of ideas — of any ideas, not merely the ideas that conform to the popular orthodoxies — are frustrated by a seeming paradox: though we are a free people living in an era of unparalleled connectivity in which the communication monopoly represented by old-fashioned media has effectively been […]

THE LIONEL-ROSEANNE SESSIONS: THE PENDULUM TURNS INTO THE WRECKING BALL (Part I) Preview Open

As they often do, the Left has once again struck its proverbial foot in its mouth. They can’t decide who their enemies are, so they strafe bullets wherever they can. The latest brouhaha is in San Francisco. And they are attacking one of the Founders I admire most: George Washington. Sort of. Preview Open