Don’t take my word for it. Listen to CNN and CBS. CNN reports that border deaths tripled over last year. CBS reports a nightmare increase in lethal drugs, and overdoses, directly connected to the Democrats controlling immigration policy. AND. Do not believe a word of supposed opposition spewed by the RepubliCANT party of Lyin’ Ryan, the Bush clan, California Republican House Minority “Leader” McCarthy, and McConnell. They all colluded in subverting President Trump’s attempt to keep the 2016 Republican Party’s promises and the much older post 9/11 legislative promise to build a wall. Remember that this year and next and strictly hold it against them and every candidate who does not vocally reject them. The death toll was entirely foreseeable. Everybody knows.

CNN’s Rosa Flores reports on the massive surge in border-crossing deaths. Understand, these are mostly horrible deaths of dehydration and heatstroke, with a few drowning deaths in canals. Special techniques have been developed to get fingerprints from sun-baked and bloated corpses. We do not get those disturbing details from CNN, but the bare facts are terrible in themselves. Jim Geraghty of National Review and Greg Corombos of Radio America welcome the news that American pastor Andrew Brunson was moved from a Turkish prison to house arrest, and they condemn the bogus allegations that Brunson provided aid for the failed coup.  They also welcome the news that the ten most popular governors in America are Republican— great news in a year when most governorships are on the ballot. And they condemn the insanity of Santa Barbara, California, threatening fines and jail time for restaurant servers handing out plastic drinking straws without being asked, but Jim also sees a fantastic business opportunity there.

Several years ago I heard an amusing story on NPR’s Planet Money program. The story described an Indian entrepreneur who, frustrated with India’s local political corruption and red tape, started a new business: Concierge Bribery. For a fee, he would seek out and pay off all of the sundry local officials whenever a local business needed something done. I thought how lucky we were that America had not yet descended to that level. I was deeply wrong. We, in fact, have had concierge bureaucracy managers for some time.

While it is generally a good maxim to never ascribe to mendacity that which can be explained by incompetence, normal logic seems rarely to apply to any of the corruption and rot stemming from Obamacare (and for the record, I refuse to call it “The Affordable Care Act”, or ACA). The act seems explicitly designed, among other things, as a tool to force a cartelization of the entire medical industry. We see this in the rapid demise of independent practices, as they close up shop and merge into large provider networks — effectively regional medical cartels. What we are not yet seeing, or rather noticing, on any scale is the very similar effect Obamacare (when coupled with the many other business strictures in place) is having on general employment itself.

So the Supreme Court has now struck down the Marketing Order which operated the California Raisin cartel, to the cheers and merriment of all. The farmer-plaintiff in this case has flouted the cartel’s rules and enjoyed the higher prices for his product that exist only because the cartel restricts supply. Those remaining in the cartel […]

First let me say that I am a staunch Conservative. My first vote cast was for Barry Goldwater and I have voted for conservative candidates ever since. My comments here may be construed as taking the liberal line but considering the options I think not. On our southern border we have total chaos and I […] 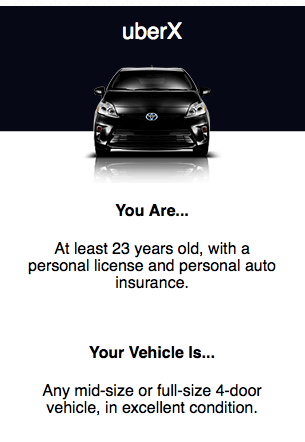 In Columbus, Ohio, the city council is trying to craft an ex post facto law to shut down Uber, the distributed ad hoc paid car service.  Their reasoning is the usual: “Would you get on an airplane that wasn’t properly inspected?” said Morgan Kauffman, who owns Yellow Cab of Columbus. “There’s no chance in the […]

An Honest Accounting: Anti-Trumpism and the Violence Done to the American Traditions of Free and Fair Elections and the Peaceful Transfer of Power
philo · 38 Likes