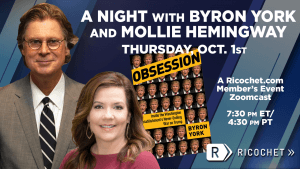 May and June are typically busy months for me, thanks to the confluence of end-of-year volunteer work at the little Catholic school which, until the last one’s recent graduation, my younger three children attended, and the product release cycle of my largest client. During these months, pretty much everything else — the lawn, social media, folding the laundry, working out, recreational reading, my modest social life — takes a back seat to these seasonal exigencies.

However, my drive time remains unchanged, and I’m still able to fill it with podcasts. Two, in particular, seemed worth mentioning today.