The official reaction to the murder of Russian opposition leader Boris Nemtsov was supposed to play out according to a time-tested formula. The standard script, as perfected after the murders of troublesome journalists (Anna Politkovskaya, Paul Khlebnikov and Mikhail Beketov), calls for the eventual capture, confession, and sentencing of the contract killers, but not the contractors. The killers, of course, would profess to have no idea who their contractor was. They would then disappear into the Russian prison system, knowing their families would be taken care of as long as they maintained their silence.

The news out of Russia, however, suggests that the formula is breaking down this time around:

TASS, the official Russian news service, leading newspapers, and press services reported the sensational news that surveillance cameras around the Kremlin had identified two of the killers (first reports claimed that they were turned off for maintenance), one of whom confessed to being a participant in the crime. Four other suspects were arrested in their Caucasus havens, and another killed himself with a hand grenade while resisting arrest. 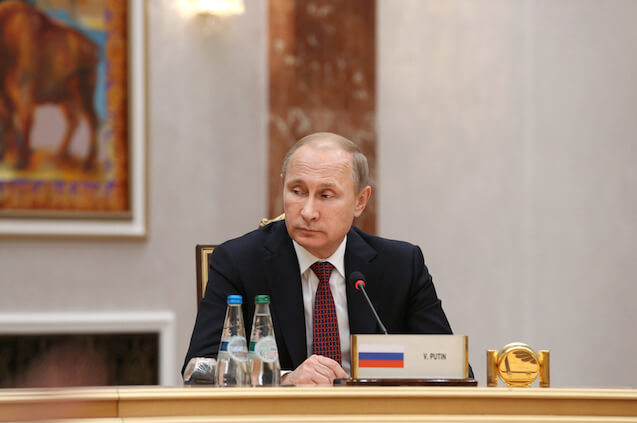 Boris Nemtsov, a leading Russian opposition figure, age 55, was shot dead Friday night as he walked across a bridge connecting the Kremlin with the embankment district of central Moscow. The youthful and handsome Nemtsov was accompanied by his 23-year-old girlfriend, a Ukrainian model. According to initial BBC reports, he was shot four times by several men emerging from a white car and then speeding away. Nemtsov’s death was confirmed at the site by an aide, who reported that Nemtsov’s corpse lay in front of him on the street, surrounded by police. Contacts in Moscow reported that the murder scene was mobbed by mourners bringing flowers. Nemtsov’s female companion was taken away to be interrogated at police headquarters. (See video) Let’s see how long she’ll remain in custody.

Nemtsov served as Deputy Prime Minister under Boris Yeltsin. He was also mayor of Nizhny Novgorod before joining the liberal opposition to Putin. During his tenure under Yeltsin, Nemtsov was considered a possible successor, but handicapped by the fact that he was Jewish.

Quote of the Day: Nazism and Socialism
Seawriter · 30 Likes

The Passing of an American Hero Who We Don’t Deserve
Dr. Bastiat · 40 Likes

True The Vote is releasing all of the data to the public.
Vince Guerra · 11 Likes