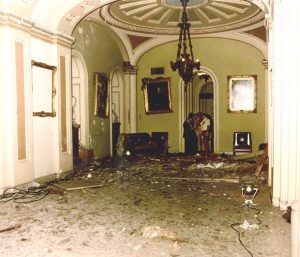 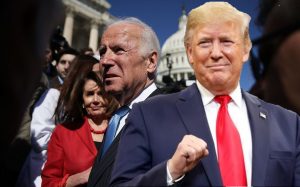 I haven’t encountered much violence in my life. But, I have seen it up close twice. As a news editor in Henryetta, Oklahoma (The Daily Free-Lance) in the mid-1970s, I used to ride along with Oklahoma Highway Patrol officers on my day off (Monday). Quite the experience. The speed traps were always fun, but that’s […]

Dave had the opportunity to talk with Veterans Affairs Secretary Robert Wilkie during a recent press event where Wilkie mentioned that the VA had “turned a corner” in the last couple of years. Since large bureaucracies are not typically suited to a sharp change in direction, Dave thought to inquire more on the topic and the result was a fascinating exchange that we think you’ll find interesting indeed.

Then, continuing his series of compelling interviews with Ricochet Members, Dave talked with member Lilly B. about her recent post, “Little Crazy Children,” in which Lilly compares rampant charges of racism with the rampant accusations of witchcraft in Salem in the late 1600s. The similarities are (pardon the pun) arresting, as are Lilly’s thoughts on the current madness and the prospects for a peaceful resumption of civic life.  All of which make for a thought provoking and informative show, which we’re sure you will enjoy.

There are several YouTube channels that show police activity, and they’ve had a lot of content recently with the riots and such. I had often thought if I had not gone to law school that I might have enjoyed being a police officer, but I now know that would have been a terrible idea.  I grew up in a military family and I served in the military. I have stark views of right and wrong; I believe, for example, that people who pull and point weapons at police officers earn every Darwin Award they get.

Sometimes, however, I just watch these interactions and I’m thinking “why aren’t you guys kicking the stuffing out of that creep” as they holler and scream for the camera while they are being detained.  Watch the Portland riots or Baltimore, or really any of these BLM orchestrated fiascos; they’re out there. If you’ve never interacted with a police officer but feel privileged to criticize them, watch some video and learn the other side of the story.

I’ve received many emails from companies supporting BLM. We’ve all seen the recent cases of BLM protestors randomly attacking cars. I wonder if the victims can sue the corporate supporters for putting their lives in danger. Perhaps the cause-effect is too tenuous, but it would be nice to deter future corporate stupidity. Preview Open …OKC ain’t Seattle. (We already have yer basketball team, so ya knew that.) The ACLU is throwing a hissy fit. Preview Open Our local protest just keep going and going and spreading and spreading.  Our stores close nightly at around 6pm.  Now BLM has taken to the road so it is harder to avoid them and to make things more interesting seem to be placing explosives around our parks.  Fund times.   https://www.wdrb.com/news/lmpd-plans-to-step-up-protest-presence-following-2-explosions-dangerous-mobile-protests/article_6200c8ca-acc6-11ea-9d6a-cffe12bc3770.html Preview Open

Nothing but hot takes from Korea today. Fun with brainstorming and fever dreams. So, apparently part of Seattle has seceded from the Union. Preview Open

We went to the wife’s favorite bakery this afternoon in Highland Park. It’s an affluent suburb of Dallas. A week ago Friday there was a riot in downtown. We flew into town a day later and saw the riot in Uptown. The previous day, people on Twitter advocated moving on the Uptown and Highland Park. […]

From the ground in Highland Park
BillJackson · 30 Likes

Roundup from Here & There
BDB · 24 Likes

How Our History Education Failed Us
GaryVesper · 17 Likes