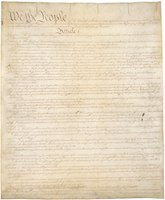 Bill Cosby is a free man today, and cannot be prosecuted again in Pennsylvania for the same crime. That does not mean he is on track to career or reputational rehabilitation. Far from it; the Pennsylvania Supreme Court opinion that freed him from prison repeated the truly ugly facts of his admissions in the civil case, which admissions now free him from prison. Whisky Tango Foxtrot?* Here, let the judge explain in plain language [footnotes converted to endnotes, emphasis added]:

Financial market ups and downs, physical beat downs, mental and social tear downs…seems like I’m forgetting one…oh yes, lockdowns…. We be hammered with downers. Time to ice the pain, baby, with some merry here at the last of May. Let’s start with something 99.9 percent (hedging my bets in case the Grinch is among us) guaranteed […]

The jury has spoken, but I don’t know how to process the Bill Cosby verdict with the image I’ve had of him my whole life. https://www.msn.com/en-us/tv/celebrity/bill-cosby-defense-lawyers-say-that-a-verdict-has-been-reached-in-his-sexual-assault-retrial/ar-AAwnQzw?OCID=ansmsnnews11 I surely don’t support the behavior he was accused of, but I can’t help but wonder if those accusations were true. (And if they were among the first of […] today with alleged aggravated indecent assault by Montgomery County (PA), and his bail set at $1 million. The action has been a long time coming as the 78-year-old comedian has been hit with numerous allegations of sexual assault by a variety of women.

Earlier this year, Ricochet co-founder Rob Long reviewed a poorly timed hagiography of the TV legend for Commentary and he shares his perspective on his rise and fall:

For most of his astonishingly successful half-century in show business, Bill Cosby was in the right place at the right time. He emerged onto the comedy scene in the early 1960s, when the audience taste in comedy was moving from the tuxedo’ed nightclub comic to the storytelling style Cosby pioneered. By the middle of the decade, when American television audiences were eager for racially integrated casts, he co-starred with Robert Culp in a hit action-adventure show, I Spy. In the 1970s, he reaped a financial bonanza as one of the most sought-after commercial pitchmen in the country. And, in 1984, The Cosby Show premiered on the last-place television network, NBC, to ratings so celestial that they actually saved the network from collapse. In comedy, in business, in the culture, Bill Cosby was a master of timing. Ricochet co-founder Rob Long reviews Mark Whitaker’s Cosby: His Life and Times over at Commentary. From the piece:

When the sticky issue of Cosby’s infidelity forces its way into the narrative, it’s always cast in the past tense. He and his wife, Camille, are forever “working harder on their marriage.” They are said to have “moved on.” Cosby is described many times as “cutting back on his womanizing ways.” When he is accused, publicly, of fathering a child out of wedlock, his wife says: “All personal negative issues between Bill and me were resolved years ago. We are a united couple.” In other words, Whitaker’s book manages to make sex and infidelity uninteresting, which is in its way quite an accomplishment—especially because in the wake of allegations that Cosby drugged and then raped more than two dozen women since the late 1960s, it’s fair to say that sex and infidelity are very big parts of Cosby’s Life and Times.

The Guardian, via the New York magazine, posted an article on the brilliant and well thought out analysis of a comedian, turned actor, turned producer, turned world philosopher and race relation expert named Chris Rock. A brief summation of his thoughts: Preview Open

Why did Bill Cosby get away with this for so long? And why is he going down now? The answers to these questions are as saddening and maddening as everything else about this story. Preview Open 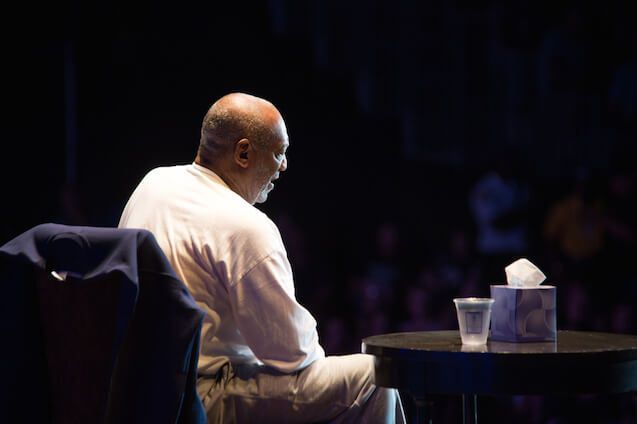 How Will You Judge Presidential Candidates?
Susan Quinn · 12 Likes