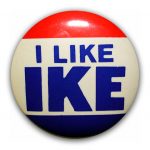 So the big march “in support of Science!” happened. I skipped it, since it was an obvious and transparent attempt to appropriate “science” for the political left. The whole self-regarding spectacle stank of red herring. The red herring being, of course, that conservatives are a bunch of snake-handling backwoodsmen who hate science. Or something. I have it on first-hand authority that there were many placards along the lines of “Evolution doesn’t care if you believe.” Very true. But it didn’t occur to the placard-carriers that if evolution doesn’t care, then carrying the placard is rather pointless. Unless you are a professional working biologist, loudly proclaiming your belief in evolution is useful for precisely one thing: social status positioning.

I am a big fan of basic science, including science that promises little in the way of practical returns. For example, on a strictly ROI basis, our considerable spending on research in cosmology and astrophysics has been a terrible investment. On this basis there is no way to justify something like the Hubble Space Telescope. Yes, it has increased our knowledge of the universe on the macro scale. But it is difficult to justify this cost as an investment – basically it’s consumption. The same is true of the manned space program. It cost a huge amount of money, and, despite all the promises of great new zero-g drugs and so forth, it has been basically a luxury bauble that we as a nation purchased to adorn ourselves, not an investment in an economic sense. (You could call it the Hubble Bauble.) In fact, the manned space program is much worse from an investment standpoint than the Hubble, because it hasn’t even gotten us very far in terms of basic science, let alone paid for itself economically.

Nevertheless, I am personally not against us as a nation purchasing some of these baubles, including basic research whose practical returns are highly speculative. First of all, in the immortal words of Emil Faber, Knowledge is Good. But more to the point, I would justify it as a matter of national branding: I want the US to be a leader in prestige areas of science such as high-energy physics and so forth. And because much of this science is so expensive, there is a strong argument that it cannot be funded by private foundation money alone. However, we need to be careful even here, because public funding always crowds out private funding, so claims that if the government doesn’t do it then no one else will, should be taken with a very large lump of salt.

The official page on climate change policy on whitehouse.gov, as of yesterday, courtesy of The Internet Archive: This is mind-blowing stuff.  I have been noodling around with this problem for twenty years.  Hobby, a thought exercise I whip out when I am bored.  I am glad it was this difficult, and excited it is this possible. Preview Open