On this episode of “The Federalist Radio Hour,” Dr. John Abramson, a lecturer of health care policy at Harvard Medical School, joins Federalist Culture Editor Emily Jashinsky to discuss his new book “Sickening: How Big Pharma Broke American Health Care and How We Can Repair It.”

The public service unions have long had a symbiotic relationship with the Democratic Party. They get above-market pay and pension deals and kick back some of the money in campaign contributions. Now we see a similar pattern forming with Big Pharma. Politicians mandate that young people get the jab even though they are almost at no risk from COVID. Blatant lies are told repeatedly about the risk vaccinated people face from unvaccinated people. Natural immunity is ignored.

The unvaccinated in many cities, including New York, Chicago, Boston, and in two weeks, are forbidden from eating at restaurants and in museums in some cities. Shopping in stores is fine and staying in hotels is permitted, but by golly, you become a health hazard at Burger King or at the Frick Museum. It’s obviously about coercion rather than health. Abortion in all three trimesters is great, but if you’ve recovered from COVID you are still required to take the jab. You’re already safer to yourself and others wrt COVID, and you face additional risks from the jab, but you must bow to the dictates of medical expert Bill Gates.

Hubwonk host Joe Selvaggi talks with Pioneer Institute Visiting Fellow in Life Sciences Dr. William Smith about how the price control features of the emerging $3.5 trillion infrastructure bill might affect the pharmaceutical Industry, both nationwide and here in Massachusetts, and what effect that change will have on drug consumers.

On today’s episode of COVID in 19, Scott Immergut of Ricochet and Avik Roy of the Foundation for Research on Equal Opportunity talk about why the vaccines are not a vindication of Big Pharma, but of small, innovative biotech startups. Also, who’s first in line to get the vaccine? And what about the people who don’t want to take it? A group of regulators from Germany published in the British Medical Journal a recommendation on how drug companies should design clinical trials. These “recommendations” curiously align with Germany’s unwillingness to pay for efficacious drugs.

There are two regulatory bodies in Germany that check whether a new drug is better than an old treatment and pay accordingly, IQWiG and the G-BA. Not surprisingly when the Germans decided to check most new drugs they found that a majority of them (56%) showed “no added benefit.” Notwithstanding the obvious conflict of interest with the German government both approving and paying for new drugs, there are two major problems with Germany’s approval process. The unnecessary cost they are asking the drug companies to absorb and the capricious way they judge whether a drug is efficacious. In a recent comment, Ricochet member @DonG wrote, “The drug industry in the US is a giant racket enabled by a corrupted regulatory system.” After over 20 years of working in medicine, and doing occasional part-time work for pharmaceutical companies in the cardiovascular field, I find that statement to be precise and accurate. Fascism is an explosive word, almost like Nazi. But this is, precisely, fascism. It’s not socialism. Our government does not want to own the means of production; it just wants to control it. Regulate the heck out of it, get private industry to do what you want, then tax the crap out of it to fund a welfare state huge enough to buy sufficient votes to get you re-elected. It’s simple, really. It’s too bad that the term “fascism” is widely viewed as a pejorative because it’s a perfect description of much of our government.

To get back to Don’s point regarding the pharmaceutical industry: This is what excessive regulation creates. You destroy everybody, except for the few corporations enormous or well-connected (usually the same thing) enough that they can withstand the regulatory pressure with top-flight, very expensive legal departments. Then you control and profit from those few. You can’t control 1,000 drug companies, but you can control six of them; maybe eight. Note that this type of evolutionary pressure selects out those who are good at government, not those who are good at creating new drugs.  As is true in every industry.

Take a new drug that costs $100 per month. How much of that do you think was used, directly or indirectly, as protection money against government regulators? I would suggest that it must be more than half; probably a lot more than half.

Doctors retire. That’s the context of my recent experiment in “detoxing” from two prescriptions, both of which strike me (but not yet the FDA) as good candidates for over-the-counter (OTC) sale. (Most striking detox effect so far: a massive earache.) One is Celecoxib, an anti-arthritis drug. The other is Montelukast, an anti-asthma and anti-allergy drug. What’s scary about selling both these drugs OTC is allegedly death.

Celecoxib is a Cox-2 inhibitor, and those drugs as a class still haven’t completely aired out the stink of death brought on by Vioxx. Montelukast maybe sometimes cause psychiatric side-effects, according to postmarketing reports, raising the specter of suicide (though postmarketing reports could report anything as a side-effect, short of “pet turtle died”). But the most frightening thing about Montelukast appears to be that it’s an effective asthma control medicine, and the FDA is apparently nervous about making effective asthma control medicines available to consumers directly. One of the virtues of free-market capitalism—perhaps the greatest—is how well it aligns incentives with desired outcomes. If you produce a good or provide a service that other people want, they will pay you for it. If demand for that good or service increases, it’s price will climb, which further incentivizes producers and providers.

Sadly, it doesn’t always work that out that way. Free markets can make tremendous errors and bad players can often get away with deceit and fraud for much longer than we’d like. This is why we have regulations: to impose a level of top-down authority in those areas where bottom-up incentives don’t work.

Of course, designing smart regulations is easier said than done. Simple regulations have the enormous benefit of being predictable and easily-comprehended, but are extremely blunt instruments. Complicated regulations can have the virtue of precision, but are much harder to design and can be difficult to follow if you take their intent seriously and easy to avoid if you don’t. Moreover, poorly-designed regulations often overcompensate for their intended/purported purpose, causing far more harm than they could ever hope to prevent. 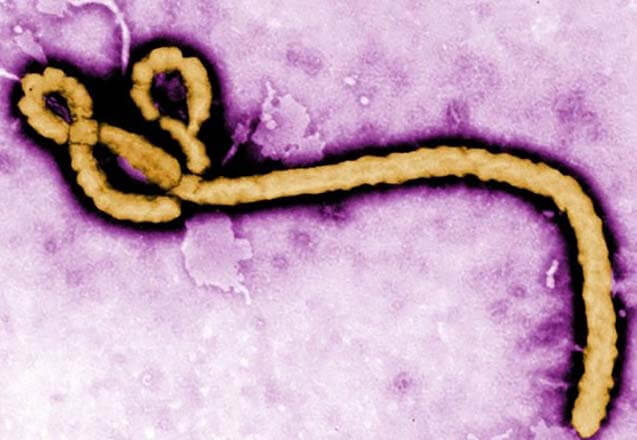