Holy reboot, Batman! To debate the merits of the latest incarnation of Batman, this time with Matt Reeves directing Robert Pattinson in The Batman, Jack brings Young Americans stalwart Alec Dent, who writes about culture and checks facts for The Dispatch, back to the show. Jack was not a fan; Alec was (after a second viewing). Tune in for the exciting clash of opinions, along with broader thoughts on the enduring appeal of Batman as a character.

Or so said Theodore Dalrymple/Anthony Daniels once. It certainly puts OJ and Dr. Kevorkian in perspective when you see what amateurs they were compared to this guy, warming up in the batting cage bat cave for the past 40 years. He may not know how to throw a baseball but if there’s one thing he […] 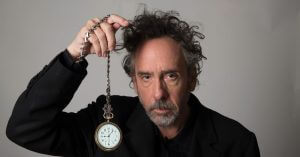 A man ahead of his time.

Tim Burton’s first effort, Batman, was probably the first modern superhero movie. Going all in on budget and atmosphere Burton crafted an entrancing realization of the comics character and including Kim Basinger as Vicki Vale didn’t hurt. Michael Keaton as Batman was a physical miss, but his performance as the bat and as his alter ego Bruce Wayne were entertaining once disbelief was suspended. Keaton could not have done more to make the movie succeed. Sure, the Joker bits were over the top but Joker has gotta be Joker. Jack Nicholson finally working without makeup! The soaring art deco gothic vibe, the wonderful toys and stunts before the CGI revolution made all of that normal. Simply groundbreaking.

Then Burton took a second bite of the Bat-apple. Batman Returns. Michelle Pfeiffer was near perfection as a mentally impaired Catwoman. And Danny DeVito was all in on becoming the Penguin. But it went just a little too far. Penguin the Mayoral candidate? Polling ever upward? While chomping on fresh, unbutchered fish with black spittle oozing from his maw? On his winning television commercials? Nobody is ever going to vote for that, I said, wishing Burton had gone another way.

A thought experiment.  New York City appears either as allegorical (Gotham City is a proxy for New York in the Batman series) or as itself (in the Avengers) and, departing the Super hero realm, has featured prominently in the denouement to the Bourne Series (“We’re going mobile!) and The Three Days of the Condor (“How […] Friends, we celebrate our 100th episode with a conversation with Paul Cantor on Tim Burton’s early movies: Pee Wee’s Big Adventure, Beetlejuice, Batman, Edward Scissorhands, Batman Returns, and Ed Wood. We start, however, with the new Dumbo and Burton’s attack on Disney, television culture, celebrity, and all that… For more Cantor on Burton and other pop culture writing, here’s the book: The Invisible Hand in Popular Culture.

Batman. He’s been around for almost 80 years, in comic books and movie serials, small screen series and multiple film incarnations. He’s been goofy and gritty and everything in between, and just when you think you’ve got a handle on what Batman can be, along comes something like “Gotham by Gaslight.” Its premise is simple: what if Batman was set in the 1880s? The answer, it turns out, is a delightful twist on both the superhero and detective story.

The plot, it goeth thusly: Gotham is a bustling, growing city struggling to control its seediness as it prepares for a World’s Fair style celebration hosting by late-20-something Bruce Wayne. Alas, the town has a serious problem in the form of Jack the Ripper, who has been killing and mutilating women. And there appears to be a man dressed like a bat who has also been seen at night …

Well this is sad to see, another piece of my childhood gone: http://www.hollywoodreporter.com/news/adam-west-dead-batman-star-832264 Preview Open

If you had to pick, of course. None of us here would ever fantasize about being a super villain… of course not. There will be some interesting picks, I’m sure, and I’m also sure that there must be a few people on this site with a deep knowledge of Batman so their picks will be […]

Behind the Scenes: Do We Know What’s Going On?
Susan Quinn · 20 Likes

When Exoneration is Evidence of a Crime
Rodin · 26 Likes