I wanted to post this before Advent is over and just getting to it now. During the first Sunday of Advent, a priest in a homily brought up an Advent hymn, “Wake, Awake, for Night is Flying,” to make a particular theological point. I had never heard of that hymn before, and no wonder. As I researched it turned out to be originally a Lutheran hymn. (Although I did find a version of this in my Catholic hymnal at church, an abbreviated version with a slightly different title. I don’t recall it ever being sung at our church.) If you want to learn its history on how it went from the German composer, Philipp Nicolai (1556–1608), how it was made popular by J. S. Bach, and how it entered the English language through Catherine Winkworth (1827-1878), you can read about it here.  It has a really rich history. 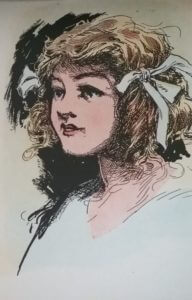 I have a feeling we’re not in Kansas anymore. —L. Frank Baum

This was a statement made by Baum’s character, Dorothy, in The Wonderful Wizard of Oz. But I couldn’t help thinking that any one of us could make the same observation about life in the United States today.

Many of us have lived long enough to remember a different United States. It’s gratifying to glorify our past with Ozzie and Harriet images, professional baseball, our victory in WWII, and the respect other nations had for our country. We even realize that some of our memories are overblown, hazy stories that we recall or were passed down to us by family who loved this country and wanted to pass on their admiration for all that we stood for.