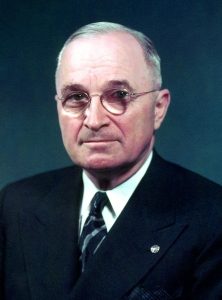 An Islamist attempt to detonate an atomic bomb in downtown Washington DC on Independence Day is accidentally foiled by a South Carolina sheriff. Knowledge of the attempt is suppressed. (Why let the bad guys know how close they came to success?) U.S. retribution is thorough and secret.

This is the launch pad for “My Enemy’s Enemy” a science fiction thriller by Robert Buettner. The terrorist group launching the attack has learned of a new way to strike Washington DC, a secret with its roots in Nazi Germany. And they plan to try again. The Asp — a top terrorist is sent on a solitary mission to the US.

Peter Winter is a brilliant German physicist, a student and friend of Werner Heisenberg in 1930s Germany. His wife is Jewish, and they despise Nazis despite an uncle who is one of 16 Nazis killed in the Beer Hall Putsch. Winter is drafted into a secret Nazi effort to build an atomic bomb.

I write a weekly book review for the Daily News of Galveston County. (It is not the biggest daily newspaper in Texas, but it is the oldest.) My review normally appears Sunday. When it appears, I post the previous week’s review on Ricochet. Seawriter Book Review ‘Spies in the Congo’ takes a look at the atomic […] Ricochetti are no doubt familiar with Paul Fussell’s magnificent essay Thank God for the Atom Bomb, which is available as a top-shelf audiobook with several other essays. The narration is great, the material is timeless (Kipling would cheer), the price is right, and the criticism of our sorry culture (“Sorry!”) is as it should be. Last year, Bret Stephens at the Wall Street Journal penned an important op-ed echoing Fussell‘s sentiment explicitly, while illuminating it in the context of his own trip to Hiroshima during the run-up to the 70th anniversary of VJ day (which does not stand for “Shame on America” day). Trenchant quote [lightly edited to shorten]:

Nine years after the dropping of the two bombs, Russell Kirk pondered the ferocity of American power and progressivism in his book, A Program for Conservatives. “And now a few words concerning power among the nations. It is ours already; and we have done with it what men always have done with pure power: we […]