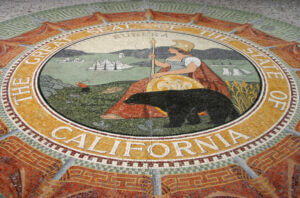 With Assembly Bill 3121, passed in 2020, the California state legislature created a task force whose purpose is to “study and develop reparation programs for African-Americans.” On June 1, 2022, that task force issued its lengthy interim report, with an executive summary, which together will divide rather than inform the highly fraught public at large. What is desperately needed today are programs of market liberalization that will raise the welfare of all groups, without seeking to play one off against the other.

But the task force has no such general recommendations. Instead, it chooses to examine complex historical events that took place from the onset of slavery in the United States until the present day. That untidy inquiry should mix together developments of both cruelty and heroism. Had the task force proceeded in a more responsible manner, it would have started with the proposition that many groups—racial and otherwise—have been mistreated and can make, and have made, claims for reparations. And it also should have explicitly acknowledged that at no point in our nation’s history have any such expansive reparations programs been enacted.

Our Lives, Our Fortunes, Our Sacred Honor
Jim George · 23 Likes

On Living with the consequences
Spin · 55 Likes

Packing It In
The Great Adventure · 13 Likes