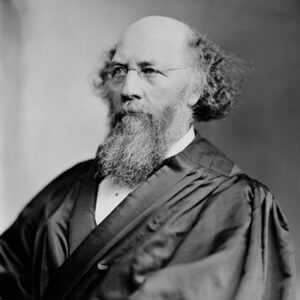 Is the recent aborted assassination attempt of Supreme Court Justice Brett Kavanaugh by an individual upset with the leak of a draft Supreme Court decision that would overturn Roe v. Wade the first such attempt in US history? Searching around, it turns out that the answer to that question is no. There has been at least one other attempt on the life of a sitting Supreme Court Justice. In that case, however, the attempt had nothing to do with either the politics or the judicial philosophy of the justice. This, despite the fact that the assassin was a well-known politician and jurist. Jim Geraghty of National Review and Greg Corombos of Radio America cheer the narrow lead of Republican Troy Balderson over Democrat Danny O’Connor in the special election for Ohio’s 12th Congressional District, but they fear the low GOP-voter turnout in a strong red district bodes badly for Republicans in the 2018 midterm elections. They also suspect Democrats will use the insider trading indictment against New York Rep. Chris Collins to paint Republicans as a  party of corruption and greed. And they’re perplexed by the public support for the release of John Hinckley, Jr., who shot four people during the attempted assassination of President Ronald Reagan in 1981.

NYC touts with pride its production of Julius Caesar to open on Monday. Unfortunately, it is a repugnant display of hatred and ugliness. It is a barely disguised staging of an assassination attempt on Donald Trump. Delta Airlines immediately pulled its funding of the theater, and Bank of America won’t sponsor this play but will […]