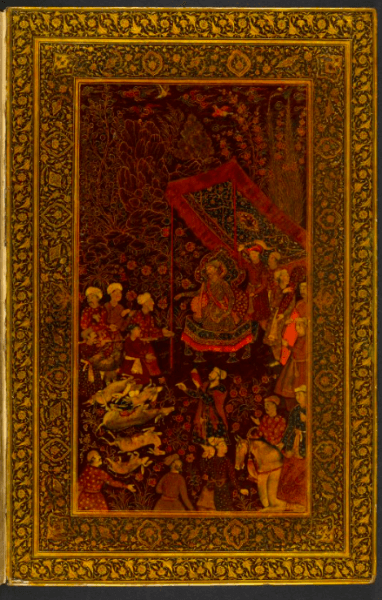 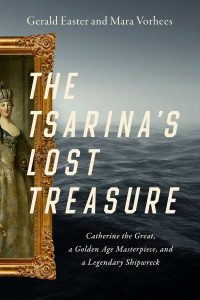 In 1764 Tsarina Catherine the Great of Russia started a major war in Europe. It was a culture war. She collected fine art as aggressively as she fought on the battlefield. It spurred Europe’s crowned heads, especially Louis XVI of France and Frederick the Great of Prussia, to compete at obtaining and displaying art, especially fine paintings.

“The Tsarina’s Lost Treasure: Catherine the Great, a Golden Age Masterpiece, and a Legendary Shipwreck,” by Gerald Easter and Mara Vorhees, records a casualty of that culture war Dutch Master paintings purchased at auction for Catherine the Great were sent from Holland to St Petersburg aboard the Dutch merchantman Vrouw Maria. Caught in a storm, the ship sank off the Finnish coast.

The book uses the shipwreck, to frame the story. Among the paintings lost was Gerrit Dou’s triptych The Nursery. Largely forgotten today, Dou was then the most admired Golden Age Dutch Master. (One of Dou’s paintings hung in the Louvre next to the Mona Lisa.) The Nursery was considered Dou’s finest work. Cambodia is dotted all over with temple ruins, big and small. Some of you might have heard of Angkor Wat or recognize the giant faces at Bayon. Most of the temples are congregated at Angkor, modern day Siem Reap province. Angkor was the seat of the Khmer Empire (802 CE to 1431 CE), where naturally […]

The Carnival Is Over: Judith Durham, RIP
She · 60 Likes

Nothing Is Certain But Death and Taxes. The IRS Can Deliver Both
Kelly D Johnston · 20 Likes

Get Off My Land, Peasant
Old Bathos · 19 Likes

Gee Meme, Ain’t I Good to You
Mark Alexander · 15 Likes

Will We Ever be Able to Drain the Swamp?
The Ricochet Audio Network