Now for the “non-partisan” offices, which are clearly nothing of the sort in this day and age. We have all experienced power plays by all manner of local officials. We know that schools have been entirely politicized. So, attention is needed.

Denunciations of President Trump’s public manner, of his alleged assaults on polite society’s sensibilities, of claimed boorish behavior on social media, are at best self-deceptive. They are dog whistles and signaling towards debased social virtue. In addition, President Trump’s alleged especially terrible manners may well be just as fraudulently ginned up as President Ford’s physical clumsiness, a fraud perpetrated by leftists in powerful cultural positions for political advantage. A tale of three women voting for Democrats helps us understand the deep need for these poses, these deceptions. 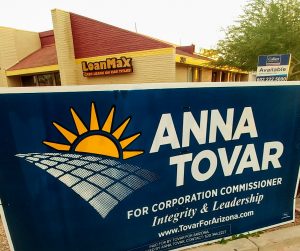 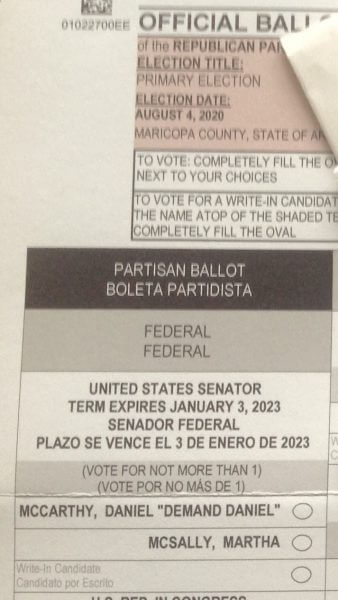 Republicans and independents have the opportunity to vote for one of two candidates, Martha McSally or Daniel McCarthy, this August 4. She is repeating her failed strategy from 2018. McSally is refusing to acknowledge McCarthy and the primary voters. If Daniel McCarthy loses, it will not be for lack of trying, whereas Martha McSally seems […]