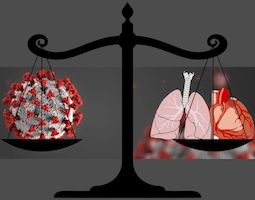 Two people-watching episodes this past week brought into focus the real crisis in public health. WuFlu is not a public health crisis, in itself. Rather the grossly politicized exploitation of this novel respiratory disease virus, in service of the lab coat left system, advocated by Woodrow Wilson in the late 1890s and starkly warned of in President Eisenhower’s farewell address, has corrupted and effectively silenced real public health advocacy. Consider two real public health perennial campaigns, largely lost in the noise of COVID exploitation.

I was in my local veteran’s organization canteen (bar) last weekend, having counted the money and updated the bookkeeping. A woman in her 40s had a cough. Her comment: “it is just a smoker’s cough.” That statement called to mind a much younger veteran, a man in his late 20s, coming in after the previous night’s partying with a heavy cough as he went to the cigarette machine for another pack. We have known, since at least the late 1950s, that cigarette smoking causes lung cancer and a host of other very unpleasant long-term ailments. COPD, anyone? Listen to old-time radio and you will hear the cigarette companies in the late 1940s, early 1950s, assuring you that doctors attested that their customers experienced no throat irritation from smoking their product.

This brings to mind the much larger scope of 75 years or more of public health real science about heart disease, lung disease, and cancer prevention and treatment. Screening and early treatment have long been the message, grounded in real medical statistics. Yet, we saw a vile lab coat leftist bureaucrat, Anthony Fraudci, stand real public health on its head, stopping preventive care for critical months and hyping fear to his tiny bailiwick’s benefit. 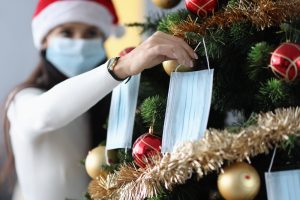 house is decorated, the Christmas tree is up, and all the presents have been bought. Well, almost all; I’m sure we’ll find some last-minute must-haves. Our holiday season is normal, outside of inflated prices and a deflated Santa that blew into our yard last night.

“You can safely assume you’ve created God in your own image when it turns out that God hates all the same people you do.” – Anne Lamont

This quote has been one of my guide stars for decades. Watch what happens when we replace just two words:

People have been discussing the story of Fauci funding experiments on dogs, which can be rather disturbing. Dogs are wonderful animals, and people do not like to see them suffer. Cruelty toward animals always is undeserved, since animals are not moral agents like we are.

However, this is not sheer cruelty; this is animal experimentation. A massive amount of medical research relies on animal experiments because studies on cells do not capture the whole picture. I honestly do not know if we could safely test new drugs on people without animal studies — it would be much riskier. Animal models behind nearly every medical advance you hear announced in the media.

The Intercept’s September 9 article, “NEW DETAILS EMERGE ABOUT CORONAVIRUS RESEARCH AT CHINESE LAB,” has a series of links that point to the 900 pages of official government documents they sued the U.S. government to release. Readers should treat the Intercept article as a guide to these sources.

The Intercept is making the full documents available to the public.

This link points to the complaint, the legal document initiating the civil lawsuit against the NIH.

Dr. Fauci was recently interviewed on CNN. My comments are in bold.

GUPTA: And just real quickly, there was a study that came out of Israel about natural immunity, and basically, the headline was that natural immunity provides a lot of protection, even better than the vaccines alone.

During the beginning of the pandemic, I was seriously worried.  Things were not going well, and a lot of the Democrats seemed to be more interested in virtue signaling than disease control.  As someone trained in public health, I know that epidemics need to be managed aggressively.  Contrary to what many people say, you can stop a virus from spreading with proper quarantine and infection control practices.  Trump was taking decisive action on border control  (similar measures of containment have been used throughout history), but he needed a trusted advisor who knew about fighting disease.  Then we saw the nightmare in Italy, and people really wanted to avoid it.

After a long delay for which he offers profuse apologies, Jack returns to the podcast with his National Review colleague Isaac Schorr to mock Joe Biden’s goals for a return to normal life (maybe the Fourth of July? Are you kidding?), goals that seem disconnected from reality but definitely connected to the now year-long pattern of government bureaucrats wanting to tell us what to do.

Many Twitter “blue checks” are panicked over a “return to normal.” While the coronavirus pandemic was barely a month old, the Delaware County (PA) Council posted a Facebook video conference with repeated references to the well-meaning but nauseating platitudes of the day, including our “new normal” and “we’re all in this together.”

My eyes rolled so far back that I could almost see my sinuses. This was not my idea of “normal.” And if “we’re all in this together,” why were we more divided than ever? 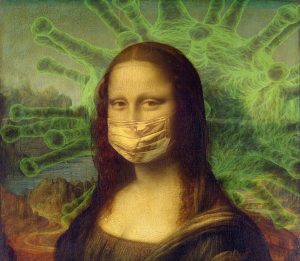