Dear American Medical Establishment:  As an infuriated American citizen who’s had it up to here, I’m writing this letter regarding your crimes against humanity as they pertain to your response to COVID.  That’s right, you read that correctly: crimes against humanity.  That is not hyperbole, it is real and spot on.  In fact, formal charges […]

All of the reliable propagandist arms of the Big Government machine — major media and their allies in the Democratic Party — will tell you that the dramatic Republican win in Virginia was a victory for White Nationalism and other fictitious bugbears of the radical left.

In fact, what Virginia was was a victory for Martin Luther King, Jr., and for everyone who believes that skin color is less important than character. A man who defended the antithesis of that message, who supported state schools teaching kids that skin color is essential to who they are and how guilty or oppressed they should feel, was defeated by people who are, first and foremost, Americans. 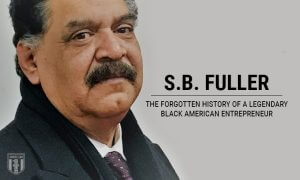 Who would like to have a very uncomfortable conversation about “white supremacy?”  Yeah, me neither.  Still, those of us who understand how that term is being used by the left to wage their destructive war against America need to start talking about it and refuting it more strongly.  Otherwise, whatever the left says about it […]

When you consider the extraordinary and disturbing events of the last several months (lockdowns, riots, etc.), it is not inappropriate to ask if there is any sanity left in this country. One thing’s for sure. If the answer is no, then the last people you should want to consult about it are so-called professionals in […]

On this guest episode of the Resistance Library Podcast Sam invites Jeremy Carl onto the show. Jeremy Carl is a Senior Fellow at the Claremont Institute and a writer at The American Mind, as well as a number of other publications. He joined Sam to discuss the future of a fighting conservatism and the deep […]

Black people constitute roughly 13% of the American population.  Doesn’t sound like all that much, but somehow they manage to keep this big, sprawling, diverse country in endless turmoil.  Take the recent George Floyd riots, for instance.  Because of what happened to Floyd, they wreaked havoc in every major city in the country.  Yes, there […]

Today is the birthday of Eugene Stoner – one of the most underappreciated American firearms designers of the 20th century. Eugene Stoner was born in Gosport, Indiana, in 1922. After attending high school, Stoner enlisted in the U.S. Marine Corps during World War II; he served overseas in both the South Pacific and northern China. […]

Jim Geraghty of National Review and Greg Corombos of Radio America applaud President Trump for demanding that California return the $2.5 billion it received from the federal government for its high-speed railway after the project was dramatically scaled back. They also raise their eyebrows at Arizona’s plans to collect the DNA of state residents and charge them a fee to do so. And they explain that while our society is very forgiving, it might be asking a bit much to welcome back an ISIS propagandist with open arms.

The ideal American type is perfectly expressed by the Protestant, individualist, anti-conformist, and this is the type that is in the process of disappearing. In reality there are few left.—Orson Welles Preview Open

On the Thanksgiving holiday, we give thanks for all our blessings. Here in the United States, Thanksgiving has been a national holiday since the 1860s. Yes, in the midst of the Civil War, President Abraham Lincoln declared the last Thursday of November Thanksgiving Day. I want to declare how very grateful I am for having […]

Is the GOP going to end up as the Big East & American Conferences? Assuming Trump doesn’t win next week. I expect a fallout similar to the Football schools of the former Big East Conference taking their ball to a new home the American Athletic Conference. However it it came in a strange way, similar […]