Western democracies have long publicly and loudly confronted dark historical episodes involving aboriginal or indigenous people. But honestly, every culture and continent need not scratch very deep to find their sordid history, from Africa to China, from ancient times to today. If they’d only admit it. That’s no less true of the United States. Growing […] 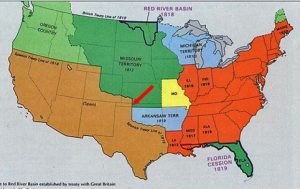 It Is What It Is
GlenEisenhardt · 15 Likes