Simon Kuper, writing in the UK publication Financial Times, had an article the other day with the title “Why the US is becoming more European”…a rather smug article, in my view.  He asserts that for decades, influential Americans looking at other countries used to ask “When will they become more like us?”…and argues that this […]

In the most recent Federalist Hour podcast, Tales from the Frontlines of the Woke Revolution, hostess Evita Duffy interviews Jason Hill, a DePaul University professor of Philosophy. Professor Hill has come under fire for stating the obvious truth in an unambiguous way, when he said that it was wrong and unfair to women to have male athletes competing against female athletes.

He’s right, and he’s unapologetic about it. That’s enough both to earn him the scorn of the Woke left and to make him a target for their speech suppression and cancelation efforts. I applaud the Professor for standing firm and exhibiting the spine almost wholly lacking in the invertebrate halls of academia. I know little of what he thinks on any other topic or issue, but am completely with him on his criticism of transgenderism (which I think to be absurd nonsense), and more importantly on his defense of both western civilization and free speech.

There’s a vast difference between the visions of America offered by the two parties in the upcoming election.

On the right is a vision of optimism, of competition in a free market, of growth and prosperity, and a reined-in government that has a relatively light touch on our lives and our earnings. The right sees America as a generally decent place, as the product of a long painful journey from its founding in a less enlightened time to a nation of freedom and equality today. If asked, people on the right will readily say that America is fundamentally a good and exceptional country.

“Let us each Labor day, hold a congress and formulate propositions for the amelioration of the people. Send them to your Representatives with your earnest, intelligent indorsement [sic], and the laws will be changed.” Rep. Lawrence McGann, D-IL, Labor Day 1894 Most of the world celebrates labor on May 1st, designated International Worker’s Day to […]

I have friends — good, decent, thoughtful people — who think a border wall or fence is a bad idea. It’s certainly something about which reasonable people can differ, and I’m glad we’re free to have the discussion. I’d just like to say to them that I would be happy to drop my calls for […]

“America is the only nation in the world that is founded on a creed. That creed is set forth with dogmatic and even theological lucidity in the Declaration of Independence; perhaps the only piece of practical politics that is also theoretical politics and also great literature. It enunciates that all men are equal in their claim to justice, that governments exist to give them that justice, and that their authority is for that reason just. It certainly does condemn anarchism, and it does also by inference condemn atheism, since it clearly names the Creator as the ultimate authority from whom these equal rights are derived. Nobody expects a modern political system to proceed logically in the application of such dogmas, and in the matter of God and Government it is naturally God whose claim is taken more lightly. The point is that there is a creed, if not about divine, at least about human things.” ― G.K. Chesterton, What I Saw in America

The United States is one of the few countries in the world that you can come to and become a full part of that country. You can move to America from anywhere in the world and become an American. You become an American. You don’t have to wait for your children to become Americans, while you remain an outsider, or your grandchildren to become accepted as Americans while you and your children are considered outsiders. All you have to do is adopt the American creed in your heart.

We are closing in on the goal of $5,000 for Titus to fly over here and study us this coming summer.  So get ready, please and be prepared to be polite and put on a happy smile (even if you don’t feel like it). He will very likely subject many of us to the third […]

Bernie Sanders is Jewish. Trump and Rubio are Jew-ish. Trump is the New York Jew caricature you’d draw for a neo-Nazi paper. Loud, offensive, full of Chutzpah, flaunting the rules others live by, socially liberal, and rich. Obsessed with money and his own superiority. He’s the Kosher-style candidate, the deli that serves ham & cheese on rye. The content may […] 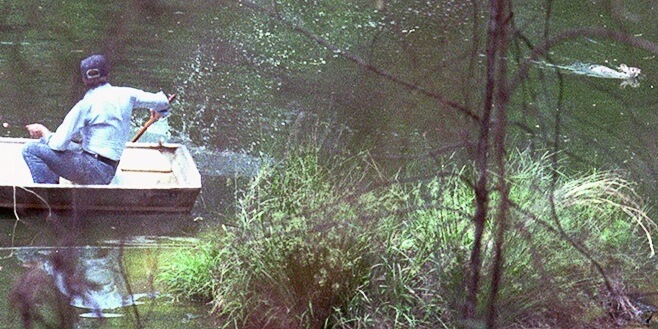 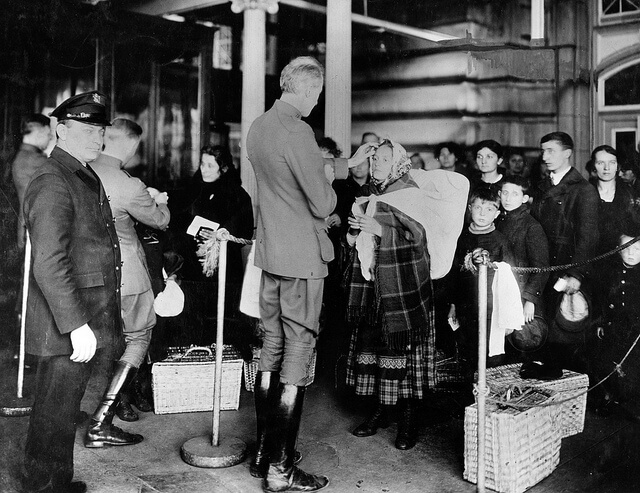 I’m genuinely sorry, fellow Ricochet readers. I lost control of myself today and read a Dana Milbank column.  What’s worse, he sparked a discussible idea (not deliberately on his part, of course).

Quoting from the Wall Street Journal: President Barack Obama is asking Congress for $3.7 billion in emergency funds to stem the surge in children and families from Central America illegally crossing the U.S. border, with most of the money to be spent on detention facilities to hold the migrants. Preview Open