This week on JobMakers, host Denzil Mohammed talks with Steve Tobocman, head of the economic development nonprofit Global Detroit, and one of the thousands of refugee business owners he’s assisted, Mamba Hamissi, Burundi native and co-founder of Baobab Fare, an East African restaurant. They discuss their work to harness the immigrant work ethic to rebuild Detroit and infuse it with life and culture. In the early 2000s, the city fell on hard times, when population loss and the economic downturn led to the largest municipal bankruptcy filing in U.S. history. But that’s where immigrants and refugees come in. As they’ve done for generations, immigrants move to places with affordable rents, and they often have few other options for earning an income than starting small businesses. It’s no wonder then that they have higher than average rates of entrepreneurship. We’ll learn about how a modest investment in a newcomer’s business can help lift up an entire community, in this week’s JobMakers podcast. 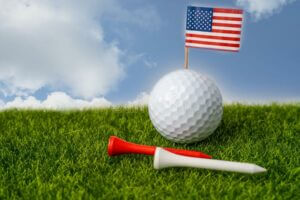 A few of our new neighbors invited my husband to have breakfast and go to a golf course practice range to “hit a few.”  I suspect the guys just wanted a nice, big, homemade breakfast. I can confirm this theory because my husband gushed about the breakfast more than the practice range. It also was discovered that after three years of sitting in storage, his glove disintegrated into a hundred dandruff-looking white flakes, and the handle to his putter followed suit. The driver was also not up to par – no pun intended. Time for a new driver, putter, and glove, I asked.