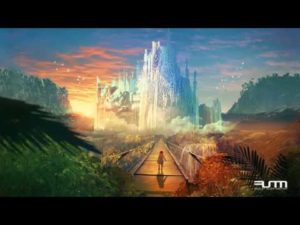 One of the things I learned living in the San Francisco Bay Area in 2015 is that progressivism isn’t on the left, it’s actually far to the right of “the right.” In the world of rich white progressives, egalitarianism is a racist ideology that poor white people use to illegitimately demand equality in the public […]

I watched the Washington D. C. parade on television with my daughter-in-law. We decided to award an imaginary prize to the most American thing we saw in the parade. The winner was the Falun Dafa marching band. The Falun Dafa, also known as Falun Gong, are practitioners of a form of Buddhism. Falun Gong members […]

I objected to his choice of target as I think French is a good ally and we should be grateful for what he’s done. But I’d like to see one critic engage Sohrab Ahmari’s point about how liberal principles, divorced from a pre-liberal inheritance, resolve disputes in one direction. (@michaelbd)

There is a great piece today at PJMedia. com by Bruce Bawer entitled, ‘Some Really Stupid People:’ Our Catastrophically Clueless Congress. His point is that the so many people in Congress would probably fail a test of Cultural Literacy, (e.g., name five chemical elements, four Canadian provinces, three Shakespeare Plays and the king who signed […]

Mass shootings, the opioid crisis, gang violence. These issues have dominated national news headlines for months, but they had been building for years. Each flashpoint is predictably met with outraged politicians calling for new or more stringent national laws & regulations-a power grab from the top that ultimately will strangle freedoms from individuals; gun control […]

I was reading a book review and a sentence got me thinking. A Greek guy in a lost and ruined city in Cyprus:  “…notices a group of Turkish soldiers eyeing him ‘with that ancient faculty of minute discernment found in any region where ethnic groups collide, where the borders are disputed, where the grievances have […]

I don’t normally post things such as this, but I wanted to share my own thoughts on current events. This is something that, given that yesterday was the Marine Corps birthday and today is a Veterans Day, has been rolling around in my head since Tuesday. I’ve been watching with some dismay, the reaction of […] The first problem I have with 5K walks and races is that I have no idea how far I am going. Who decided that we should utilize the metric system for measuring the length of fun runs? As has been well documented on Ricochet in the past, the metric system is wrong. To further prove the point, just think of some people who have used the metric system (Hitler and Stalin) and some who did not (St. Paul and da Vinci). I mean, honestly, enough said, right?

Anyway, the point of this post is not to rail against the metric system (as enjoyable as that is), but rather to discuss an odd phenomena of the past few decades called the charity walk or run. During this season of giving, only a deranged member (such as me) would nitpick the specifics around charity events and not just accept them as a fun way to raise money for a good cause. With that said, let’s get a few things out of the way before we go further. No, I am not in favor of disease, poverty, drowning puppies, or denying orphans their multi-vitamins. However, I am asking the question: why do we tie walking or running in circles with “doing something” to help others? Why can’t we just quietly donate money as our ancestors did without putting on the short shorts and overpriced tennis shoes (please don’t see this as an indictment of charity race participants. I was in a 5K myself a few weeks ago, I just find the practice odd)? I argue there are two reasons some (not all) folks need the race and ribbon and don’t just make the donation.