I noticed the young mother because she was alone and in charge of three beautiful children. The oldest, a girl, looked to be only 6 or 7 years old. The middle one, a boy, was probably around 4. And in her arms she carried the third child, an infant not quite one year of age. We were waiting at the same airport gate and appeared to be sharing a flight to the west coast. I always feel sympathetic toward young women traveling alone with small children. For my part, air travel increasingly seems like something conjured up from the fiery abyss and a young mother with small children in an air travel environment is always under stress.

A large number of the passengers were crowding around the gate even though boarding had not yet started. For whatever reason, people who will be boarding late in the process often have a tendency to crowd around the gate. I’m not sure what accounts for that, but it’s probably the same thing that motivates the very last people who ordered at Starbucks to barge their way up to the counter where the drinks are being delivered and wait for their drink from there, in front of everyone who ordered before them. Seems many a story here on Ricochet revolve around travel and doing my fair share of traveling I am compelled to share. I was on my way back home recently and traveling through Charlotte airport. It was a normal Friday mid-afternoon flight returning to Ronald Reagan International Airport. I had a short layover and moved quickly to my gate.

Once there the incoming plane has just landed and folks were getting off allowing me time to survey my world or turn on the oh so entertaining people watching system. We had the usual array of folks around the gate: recreational travelers, traveling pilots and flight attendants, military folks, families needing some assistance, disabled needing assistance and of course businessmen talking on their phones via Bluetooth (life and death decisions, I am sure) making those around them glance sideways ensuring the businessmen weren’t talking to them.

Some years ago, flying out of Phoenix Sky Harbor in Arizona, this scene invoked another so strongly that I had to capture it: Preview Open

I like contrails. Taking walks on clear summer days, when the heavens are deep blue, I love to tip my head back and watch aircraft passing overhead, leaving their long, white traces against the blue expanse. Someone, a pilot, explained to me that it was exhaust, up there so high that it freezes. The exhaust looks like clean, billowing cotton collecting behind the plane. I wonder how many miles of trail I’m seeing, wondering whether my distance from the plane is deceiving my eyes, that a space I could frame with my fingers is actually far longer than it looks from the ground.

I love planes. I like how sometimes you hear their hum before you see them. Their sound is not logical. Then you crane your neck and finally, you spot the tiny machine far off in the sky. It may be toward evening, the sun glinting off the metal. I think about how that craft is full of orderly rows of people, way up there, seats bolted to the floor, who are at this instant talking, reading, watching movies. The plane’s metal belly separates their feet from great heights beneath them and the wooded landscape below where a pair of eyes might be watching their progress.

A Russian airline has crashed in Egypt, leaving no survivors. Here are the facts so far:  The aircraft was flying from Sharm al-Sheikh to St. Petersburg There were 224 people on board, almost all Russians, plus a few Ukrainians The aircraft was an 18 year old Airbus 321  The pilot sent a radio message about […]

I traded a few tweets with fellow Ricochet members Whiskey Sam and 6Foot2InHighHeels — yes, we’ve joined the Twitter Borg — about bad airports and airport experiences. The exchange got us wondering what would make a good post on the topic. I settled on what became the title of this post: the worst airports you and I have known.

First, let me stipulate that my dad has many better airport — even landing zone — stories than I do. His two worst are LOS (Murtala Muhammad in Lagos) and MLW (the domestic airport in Monrovia, Liberia). LOS was the airport you’d see warned about in US airports:

Dear Travelers To Al Qaida International (formerly El Rehaba) Airport: First of all, we are grateful that you have entrusted us for your air-travel needs. We know you have places to go and it is our aim to get you there on time – or not at all. Preview Open 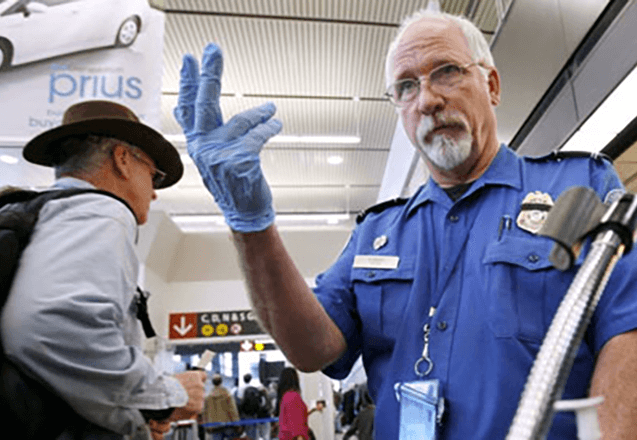 The Flesh and the Spirit
Ole Summers · 32 Likes

Answer to a Question About the U.S. Constitution
Bob Thompson · 12 Likes