Bush Granted Moral Equivalence of 9/11 Perpetrators With the Wrong “Domestic Terrorists.” It Should Go To “May 19” and Their Successors, Not January 6th.

Many of us, I suspect, are relieved that the 20th Anniversary of September 11, 2001, is over. Most have moved on, back to work, to the continuing crisis in Afghanistan, an election in California, and other issues at home. It was not fun to relive the horror of that day, the loss of life, and the anger it rekindled. But it was necessary.

From the letter of James, chapter 3  Preview Open

The 20th anniversary of 9/11 is on Saturday and a generation of Americans is too young to remember it. Thirteen soldiers, mostly too young to remember 9/11, died in Afghanistan last week; most were infants or toddlers when Islamic terrorists flew commercial airplanes into the World Trade Towers and the Pentagon. It is why they fought in Afghanistan in the first place.

Those of a certain age remember exactly what we were doing, not just that morning of September 11, 2001, but the days that followed, we all have stories. Like 2006 West Point Graduate and veteran of the Iraq and Afghanistan wars, Patrick Dowdell has special memories. Especially how the father of this Queens native didn’t come home that night, buried under the rubble of the World Trade Center while trying to save people as a fireman. Every 9/11, Dowdell and his friends, family, and father’s former colleagues and friends gather at Station No. 4 in Queens to remember the fallen and their heroism.

On this episode of “The Federalist Radio Hour,” Digital Dunkirk’s Alex Plitsas joins Federalist Senior Editor Chris Bedford to discuss how he’s helping American citizens and other at-risk Afghans escape the grasp of the Taliban.

One of both President Donald Trump and President Joe Biden’s mantras over the past few years is their desire to end America’s engagement in “forever wars.” The Trump administration negotiated a three-way deal between the now-former Afghan government and the Taliban to extricate the United States from a 20-year engagement in Afghanistan with a “conditions-based” […] In early August, before the chaos of President Biden’s “successful” airlift operation, it was reported by NBC News, that a group of victims’ families didn’t want Biden to attend the 20th-anniversary ceremonies at the three memorial sites – The Pentagon, Ground Zero in New York City, and Shanksville, PA.

Nearly 1,800 Americans directly affected by the Sept. 11, 2001, terrorist attacks are opposing President Joe Biden’s participation in any memorial events this year unless he upholds his pledge to declassify U.S. government evidence that they believe may show a link between Saudi Arabian leaders and the attacks.

Should we believe that many of the 9/11 victim families who had later this August watched the chaos and reckless way that Biden extracted some but not all Americans, extracted thousands of unvetted Afghans, and left thousands of NATO nationals behind in the country, now feel even better of Joe Biden and his pending arrival at the 9/11 memorial sites?

After the shameful American surrender and withdrawal in Afghanistan over the past 2 weeks – leaving Americans behind after an armed conflict for the first time in US history – President Biden and Democrats understandably want to change the subject. Source: RasmussenReports.com Preview Open 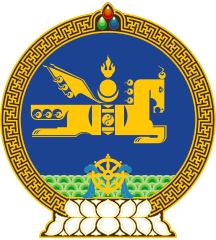 I’ve heard a variety of claims lately about alleged lithium reserves in Afghanistan, and the supposed strategic disaster resulting from our abandonment of this critical resource to the Chinese.  Just last night, I think that I overheard this claim in a podcast between Candace Owen and Nigel Farage.  A comment on another post yesterday quoted some story claiming that Afghanistan was the “Saudi Arabia of lithium.”

I know almost nothing about lithium.  I did generally recall:

It turns out that the psychopharmacological use involves treatment of bipolar disorder, also known as manic-depression.  This is quite ironic, given the disconnection between the claims about the Great Afghan Lithium Treasure Trove and reality.

Finding Out Who My Friends Are…
Dr. Bastiat · 43 Likes