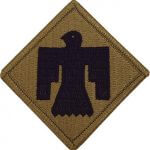 Today I saw a film, Jirga, by Australian film maker (and paramedic) Benjamin Gilmour. It’s a film with backstory. From the Sydney Morning Herald: Preview Open

You heard me – it was kind a weak. The movie 12 Strong came out this week following a big ad campaign and fanfare. Preview Open

Salena Zito talks to Sean Parnell: Army Ranger, combat infantryman with the elite 10th Mountain Division, and veteran of 485 days of fierce fighting along the Afghan-Pakistan border. Parnell’s unique leadership skills welded his platoon into one of the most fierce and effective American fighting units in modern military history. What is life like for active-duty military and young veterans in Trump’s America?

Salena Zito’s “Main Street Meets The Beltway” comes to you every Thursday on the Examining Politics podcast, and is a joint production of the Washington Examiner and SiriusXM Radio. On Saturday past I attended the second-to-last game of the season for the Minnesota Twins. They lost the game and their chance at a wild-card post season berth.

Before the game began, there was an announcement for a moment of silence for the victims of the Umpqua Community College shootings. It was a traditional public gesture, and as is right and proper the attendees stood and were dutifully silent as the moment passed. I stood with the crowd, but I admit my mind was not with that tragedy.

About two hours after the Umpqua shootings, a United States Air Force C-130 transport aircraft crashed in Jalalabad, Afghanistan. All on board the aircraft were killed: four aircrew members, two security force Airmen, and five military contractors. Two Afghans were killed on the ground. The aircraft was destroyed at a property loss of approximately 68 million dollars. Preliminary statements from the Air Force indicate that the aircraft crashed during a night take-off from the Jalalabad Airfield. The crew were members of the 774th Expeditionary Airlift Squadron operating out of Bagram, Afghanistan.

Disclaimer – I’ve not seen the movie.  I likely won’t see it.  The article linked and quoted herein was written by a blogger who is himself an Iraq War veteran (in this case a medical corpsman) a firearms enthusiast, and a sometime firearms journalist. Any discussion of Chris Kyle, American Sniper (the book), or American Sniper (the […] There are a lot of people in Afghanistan who have volunteered to return here, looking for closure.

There are those who have experienced their own direct trauma; I am fortunate to not be counted in that number. I am not stalked as some are. Some have their indirect trauma to work through, such as seeing friends and comrades dead or dying, grievously wounded, or pushed beyond limits. I call this indirect as — no matter how close you are — it could have been you, and there’s a healthy gratitude that coexists in a corrosive cycle with survivor’s guilt. I have some of this.

There’s also a cohort who were true believers in the earlier mission set. The mission changed over time, for all the right reasons, no matter how doomed or how poorly executed the misson may have been. The problem here arose when the mission stopped changing while the goal kept creeping away. The mismatch between words and deeds is an unfair and dishonest approach to a task which takes some lives by design, and takes others by misfortune.

In the Meme
Mark Alexander · 32 Likes

A Warning From The Past? This Speech From A 1981 Movie Gives Chilling Description Of Our World And The Davos Gang
Jim George · 8 Likes