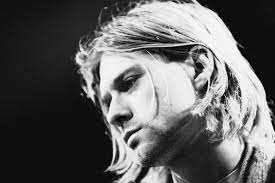 Before the rise of atheism and Communism, there was Nietzsche and Dostoevsky. Both men managed to pick what would come after the retreat of religious faith, and fans of both authors point to them as nearly having ESP with regard to the future zeitgeist.

I was thinking of the predictive power of art while listening to horrible punk and emo music from the late 1990s and early 2000s. I think it explains the increase in government corruption, the rising suicide rate, and the opioid epidemic. Almost all the songs are musically repetitive and very few could… how I put it… sing? They yell in a manner related to the musical instrument about how they find school boring, society unfair, and their attempts at coitus unsuccessful.

All these topics are fine sources of artistic inspiration, but these songs seem devoid of any depth. However, like Michel Houellebecq’s novels, the emptiness seems to paint a fascinating picture of ennui, though with far less artistic skill.

My first and only attempt at cross dressing.
Southern Pessimist · 16 Likes