You should never look back. It only puts a kink in your neck. –Alvin Segal Abraham heard the future calling to him. Sarah had died. Isaac was unmarried. Abraham had neither land nor grandchildren. He did not cry out, in anger or anguish, to G-d. Instead, he heard the still, small voice saying: The next […]

From the beginning of Troy Senik’s book, I was enthralled with the story of Grover Cleveland. As a man and as President, Cleveland had his struggles, enemies, and critics, but what I most admired about him was his commitment to virtue. As Troy said—

But the defining features of Cleveland’s greatness—a virulent opposition to corruption in all its forms; the willingness to follow principle regardless of the political consequences; the conviction, as he famously put it, that ‘a public office is a public trust’—have nothing sectarian about them. One does not have to share his politics to admire his character.

Before mass leaders seize the power to fit reality to their lies, their propaganda is marked by its extreme contempt for facts as such, for in their opinion fact depends entirely on the power of man who can fabricate it.
― Hannah Arendt, The Origins of Totalitarianism 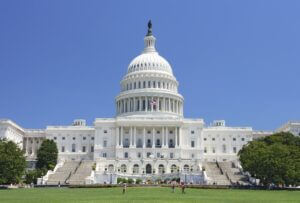 As the rhetoric around elections has become more hyperbolic and offensive, I realized the information that is being tossed back and forth reminded me of Hannah Arendt’s work. Her definition of propaganda is precisely appropriate for our time: there is a contempt for facts, and the more powerful a person is, the more adept he will be at convincing others of his lies.

One Small Step Back to Equal Justice and Liberty? Pray It Is So.
Jim George · 40 Likes