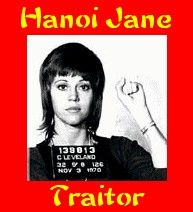 I just think COVID is God’s gift to the left. That’s a terrible thing to say. I think it was a very difficult thing to send down to us, but it has ripped the Band-Aid off who [Trump] is and what he stands for and what is being done to average people and working people in this country. — Jane Fonda

At first, it seemed that Hanoi Jane was right. The left didn’t let the crisis go to waste and used it as a weapon against free people. They even tried to curtail free speech.

The George Floyd incident added even more fuel to the fire — literally speaking.

“There will be some innocent victims in this fight against Fascist agents. We are launching a major attack on the Enemy; let there be no resentment if we bump someone with an elbow. Better that ten innocent people should suffer than one spy get away. When you chop wood, chips fly.” — Nikolai Yezhov

Today is the 127th anniversary of the birth of Nikolai Yezhov. He was, for a time, the head of the NKVD (predecessor of the KGB and whatever the secret police in Russia is called this week) and Stalin’s right-hand man, the go-to guy for getting rid of political enemies. Until one day he wasn’t, and instead, he was just another chip of wood.

[This quote seems fitting for our times] Calling all QOTD regulars AND any and all Ricochet members! The May Quote of the Day (QOTD) Signup Sheet is now open for you to claim a day and share a quote. If you are in need of tips or inspiration, please see the April Signup sheet here. Thank […]

The Road to 600
The Ricochet Audio Network