Many Christians have problems with Halloween. There are many reasons for this, but I’ll mention two of the primary ones.

But the great apologist C. S. Lewis looked at these things a little differently. Both of these things can be seen as a reason to believe. “As individuals and as a nation, we now suffer from social narcissism. The beloved Echo of our ancestors, the virgin America, has been abandoned. We have fallen in love with our own image, with images of our making, which turn out to be images of ourselves.”

“We suffer primarily not from our vices or our weaknesses, but from our illusions. We are haunted, not by reality, but by those images we have put in their place.” — Daniel J. Boorstin

I couldn’t decide between these two quotations, so I decided to include both of them. They both have to do with the way we see our lives.

Our union is now complete; our constitution composed, established, and approved. You are now the guardians of your own liberties.
-Samuel Adams

My reason for picking this quote is two-fold: 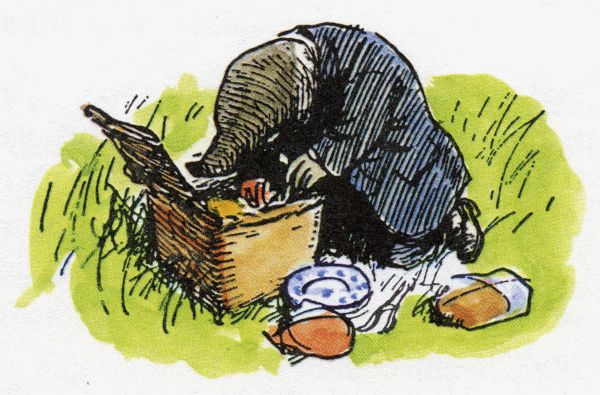 He thought his happiness was complete when, as he meandered aimlessly along, suddenly he stood by the edge of a full-fed river. Never in his life had he seen a river before—this sleek, sinuous, full-bodied animal, chasing and chuckling, gripping things with a gurgle and leaving them with a laugh, to fling itself on fresh playmates that shook themselves free, and were caught and held again. All was a-shake and a-shiver—glints and gleams and sparkles, rustle and swirl, chatter and bubble. The Mole was bewitched, entranced, fascinated. By the side of the river he trotted as one trots, when very small, by the side of a man who holds one spellbound by exciting stories; and when tired at last, he sat on the bank, while the river still chattered on to him, a babbling procession of the best stories in the world, sent from the heart of the earth to be told at last to the insatiable sea.

One of the surest and most comforting of my childhood literary companions was Kenneth Grahame’s The Wind in the Willows. Rather more advanced, and infinitely less twee than Winnie-the-Pooh, it nicely bridged the anthropomorphic gap between Beatrix Potter on the one hand, and George Orwell and James Herriot on the other. I love its dual themes of wanderlust, and longing for and love of, home. (I suspect this has a lot to do with its immediate popularity in the face of much negative criticism when it was first published in 1908, as I daresay many expats, both young and old, found it reassuring and charming.) And I love the characters, many of whom I came to realize later in life behave not so much as childish little people (well, Toad, on many occasions), but rather mimic characteristics of Downton Abbey era English gentlemen, with their fast motor cars, their velvet smoking jackets, their vast estates and cozy homes, their classism, and their love of fine food.

It’s been a decade or so since I visited the River Bank (about as long as I’ve been on Ricochet. Glory be.). Perhaps it’s time. And when better to start than Mole Day, a celebration I knew nothing about until I started investigating likely topics for today’s quote of the day?

“The people I can’t stand are those who strike a delicate balance between logic and absurdity and congratulate themselves for not being extreme.” – Thomas Sowell

Chief Justice John Roberts, who balances his logical decisions with absurd ones, added to the absurd half of his ledger with his refusal to issue a temporary stay on Pennsylvania’s violation of its own election laws. After all, it is only a closely contested swing state; one that could decide the presidential election. The article in the New York Times, like its companion piece in the Washington Post, is one long dog whistle. Its warning is not about Judge Barrett herself, who will fold into the life of the Supreme Court, but the possibility that others who share or are attracted to her active religiosity might be rising out there in the country to pose a threat to the secular dominance of America’s cultural mores that began some 60 years ago.

The new counter-belief system back then argued that shared community values grounded in religious belief—or virtue of the sort evident in the Barrett family—imposes unnecessary constraints on personal or private behavior.

Why this tension should have divided eventually into liberal versus conservative isn’t immediately obvious. There still are many liberal traditionalists. But it did. So now the possible appearance of a “conservative Christianity” needs to be delegitimized, or canceled, before it spreads. Perhaps it is a sign of the dominant culture’s lack of confidence in the durability of its own value system that its main tool of opposition isn’t argument but suppression and condescension.  — Daniel Henninger

“Hands are made for holding.” – Corina T., Nevada

I usually don’t get Dove chocolates but I saw some in the dollar store, had a craving, and picked up a bag. I’m a little aware of the quotes Dove includes inside the wrappers. Some find them insipid and rant against them. Others find them humorous. I enjoyed the above pre-Chinese Flu quote on my wrapper. With St. Fauci saying that shaking hands will be a thing of the past, this is a nice reminder that people need a human touch.

Quote of the Day: “An independent filmmaker’s only hope of survival is to do something the mainstream studios can not or will not do”—Roger Corman, Hollywood’s king of B movies.

Let’s start by explaining what a pimpmobile was. If you take a look at the ‘70s films listed in this post, you’re going to see a lot of them, rolling jukeboxes cruising the ghetto streets of south Chicago, south-central Los Angeles, Philadelphia, and above all, New York City’s Harlem, for many years the unofficial capital of Black America. A pimpmobile was a big luxury car, usually a Cadillac Eldorado or Lincoln Continental, tricked out with garish accessories that boasted of money to burn. It was the ride par excellence of the urban criminal class, with no attempt to remain inconspicuous. On the contrary, it was as conspicuous as the Batmobile. It bragged to the world: I’m the king of the city. Nobody can stop me. Not white society, not the law, not my enemies in the streets. No one. That’s what the era of ‘70s Blaxploitation movies was all about—a young man’s fantasy of women, riches, limitless power, and revenge.

I should be judged as a captain who went from Spain to the Indies to conquer a people numerous and warlike, whose manners and religion are very different from ours, who live in sierras and mountains, without fixed settlements, and where by divine will I have placed under the sovereignty of the King and Queen our Lords, an Other World, whereby Spain, which was reckoned poor, is become the richest of countries.—Christopher Columbus

You may judge him more harshly than he judged himself. Or maybe more leniently. But however you do it, happy Columbus Day.

SURPRISE (A poem by Billy Collins) This-According to the voice on the radio,The host of a classical music program no less-This is the birthday of Vivaldi. He would be 325 years old today, quite bent over, I would imagine,And not able to see much through his watery eyes. Preview Open

An excerpt from Brian Joondeph, M.D. writing in American Thinker: One can see numerous parallels between COVID and climate policy. Both create fear, to a frenzy level, of the world ending, massive death and destruction, all due to a warming planet or an aggressive flu virus. If we don’t wear a mask, we are murderers […]

Today is the 63rd anniversary of the launch of Sputnik 1.

“From the vantage point of 2000 A.D., the year 1957 will most certainly stand in history as the year of man’s progression from a two-dimensional to a three-dimensional geography. It may well stand also, as the point in time at which intellectual achievement forged ahead of weapons and national wealth as instruments of national policy.” – Lloyd Berkner