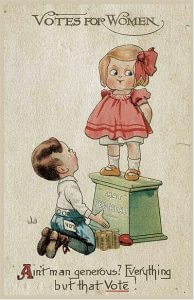 Well, it has been a great month for Quote of the Day. Here are links to all of our participants’ works: 01-August Seawriter—The American Crisis Preview Open

“I think it’s time we stopped our cringing embarrassment about our history, about our traditions, and about our culture, and we stopped this general bout of self-recrimination and wetness. I wanted to get that off my chest.”–Boris Johnson

Well, my dear Ricochet peeps, this is not the quote of the day post that I planned to lay on you when I went to bed last night. That one, a sweet little rumination on one of my favorite childhood authors, will have to wait.

Instead, I bring you heartening news from across the pond. News which concerns, of all things, that particular rite of British end-of-summer passage known as “The Last Night of the Proms.”

“We must expect for a long time yet to see capitalists still striving to obtain the highest possible profits. But observe, that the passion for wealth is certainly in some senses new. It grew up very rapidly at the beginning of the present century; it was not so strong in the last century, when men were much more content to lead a quiet easy life of leisure. The change has really influenced the relations between men; but in the future it is quite possible that the scramble for wealth may grow less intense, and a change in the opposite direction take place.” — Arnold Toynbee (1852-1883), Lectures on The Industrial Revolution in England (1884)

Toynbee is described as an Economic Historian. He was an Oxford graduate. And no, he is not his nephew, Arnold Joseph Toynbee, who was a historian. The century he is speaking of was his own, the Nineteenth Century.

A Proclamation, by The King, for Suppressing Rebellion and Sedition
King George III
August 23, 1775

Whereas many of our subjects in divers parts of our Colonies and Plantations in North America, misled by dangerous and ill designing men, and forgetting the allegiance which they owe to the power that has protected and supported them; after various disorderly acts committed in disturbance of the publick peace, to the obstruction of lawful commerce, and to the oppression of our loyal subjects carrying on the same; have at length proceeded to open and avowed rebellion, by arraying themselves in a hostile manner, to withstand the execution of the law, and traitorously preparing, ordering and levying war against us: And whereas, there is reason to apprehend that such rebellion hath been much promoted and encouraged by the traitorous correspondence, counsels and comfort of divers wicked and desperate persons within this Realm: To the end therefore, that none of our subjects may neglect or violate their duty through ignorance thereof, or through any doubt of the protection which the law will afford to their loyalty and zeal, we have thought fit, by and with the advice of our Privy Council, to issue our Royal Proclamation, hereby declaring, that not only all our Officers, civil and military, are obliged to exert their utmost endeavours to suppress such rebellion, and to bring the traitors to justice, but that all our subjects of this Realm, and the dominions thereunto belonging, are bound by law to be aiding and assisting in the suppression of such rebellion, and to disclose and make known all traitorous conspiracies and attempts against us, our crown and dignity; and we do accordingly strictly charge and command all our Officers, as well civil as military, and all others our obedient and loyal subjects, to use their utmost endeavours to withstand and suppress such rebellion, and to disclose and make known all treasons and traitorous conspiracies which they shall know to be against us, our crown and dignity; and for that purpose, that they transmit to one of our principal Secretaries of State, or other proper officer, due and full information of all persons who shall be found carrying on correspondence with, or in any manner or degree aiding or abetting the persons now in open arms and rebellion against our Government, within any of our Colonies and Plantations in North America, in order to bring to condign punishment the authors, perpetrators, and abetters of such traitorous designs.

Such depth to your words, but your ideas proved shallow.

Ride the water buffalo to cross the muddy field.

Civilization hangs suspended from generation to generation, by the gossamer strand of memory. If only one cohort of mothers and fathers fails to convey to its children what it has learned from its parents, then the great chain of learning and wisdom snaps. If the guardians of human knowledge stumble only one time, in their fall collapses the whole edifice of knowledge and understanding. —Jacob Neusner

Many of us lament where we are socially, culturally, politically, and religiously in this country. Unfortunately, there are few things we can point to with great love and pride, without having others dispute our findings and attack our stands. For those who feel the losses of our present moment, we want to know why we have reached this place in time. How did we fail so terribly? How did we fall so low? And more urgently, what are we to do about it?

August Eleventh. It is a day in history that should be remembered. The day that Ronald Reagan outlawed Russia. Joking around while doing a soundcheck, Reagan freestyled something that was based on his intended speech of the day:

Tal was an exuberant person. He was closer to a bohemian than a dissident in the Soviet Union. He became world champion by defeating Botvinnik in 1960. He was known for his wild attacking style. One game had to be moved to a private room because the crowd was so amazed by Tal’s slashing attack that they refused to be quiet.

In the mid 1980s, an Englishman who was working towards the grandmaster title was playing at the same tournament had this encounter. After Rogers drew an endgame minus 2 pawns vs. Viktor Garikov, Ian and his wife Cathy were joined in the lift by Tal, who asked how the adjourned game had gone. On being told, Tal cracked up with laughter…

Mrs. Blandish. There it is, complete——

“America’s present need is not heroics, but healing; not nostrums, but normalcy; not revolution, but restoration; not agitation, but adjustment; not surgery, but serenity; not the dramatic, but the dispassionate; not experiment, but equipoise; not submergence in internationality, but sustainment in triumphant nationality.” – Warren G. Harding, May 14, 1920 Why should I be turning […]