Join Jim & Greg as they discuss formal research into what we’ve known for years – that Russian social media memes made virtually no impact on the outcome of the 2016 presidential election. They also react to reports that classified documents from President Biden’s days as vice president were discovered at his office at the University of Pennsylvania. And they pop some popcorn as Biden tries to pressure the Democrats to move Georgia up in the 2024 primary calendar, while New Hampshire and other states fight to stay at the front of the line. 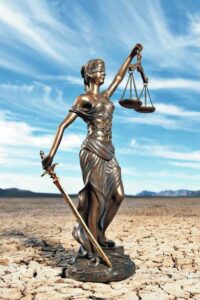 Over the decades I have watched politics, I have seen just about every institution decline in honesty and competence.  That would be journalism, education, health care, and the FBI to start.  The list is long.

One institution has improved over time, and that is the Federal Judiciary.  Even when Chief Justice Roberts controlled the Supreme Court, it was an improvement over the courts that preceded it.

Victor Davis Hanson: The media, the punditocracy, the universities, the political establishment, Wall Street, the big banks, the mega-wealthy, even the Koch brothers and Hank Paulson, former head of Goldman Sachs, can’t get near the taurean Trump’s china shop. Trump should have been down by 20 points. Preview Open

Lots of big news to break down on Tuesday’s Three Martini Lunch!  Join Jim and Greg as they marvel at how much better President Trump is doing against all top-tier Democrats in three key battleground states than he was before impeachment began.  They also discuss the IG report savaging the FBI and Justice Department for it’s sloppy, error-ridden FISA warrant requests aimed at the Trump campaign, and since the inspector general could not definitively find proof of  political motivation, they’re left to shudder at the conclusion that the FBI is just thoroughly reckless and incompetent at its job.  And Jim finds it awfully curious that Democrats would announce two articles of impeachment this morning and then immediately announce a series of legislative compromises with President Trump.

Happy Friday!   We’re finally back to our usual format today, so join Jim Geraghty of National Review and Greg Corombos of Radio America to wrap up the week in style.  First, they nod along as Vice President Mike Pence asks the media why they suddenly don’t care about foreign meddling in the 2016 campaign now that President Trump wants some answers.  They also feel ill as Golden State Coach Steve Kerr suggests an absurd moral equivalence between the U.S. and China.  And they have fun with Rep. Tulsi Gabbard threatening to boycott the Democratic presidential debate she just qualified for.

We’re off to an all-crazy start in what promises to be a crazy week!  Jim Geraghty of National Review and Greg Corombos of Radio America throw up their hands as President Trump goes on a Twitter rant demanding House Intelligence Committee Chairman Adam Schiff be investigated for treason and quoting allies suggesting that impeachment could lead to another civil war.  They also unload on Joe Biden and his campaign for demanding that the media stop interviewing Trump attorney Rudy Giuliani.  And they almost start to feel sorry for Hillary Clinton as she keeps talking about winning the popular vote and accusing Trump of being “an illegitimate president” almost three years after the election.

Jim Geraghty of National Review and Greg Corombos of Radio America cheer a much stronger than expected April unemployment report, showing the addition of 263,000 jobs and the lowest unemployment rate since December 1969.  They also react to a New York Times report detailing how a second person tried to get George Papadopoulos to admit the Trump campaign was conspiring with the Russians during the 2016 campaign – a revelation that sure sounds a lot like spying.  They get a kick out of the media deciding it’s time to break up with Beto O’Rourke, and they pay tribute to Peter Mayhew, the actor who brought Star Wars favorite Chewbacca to life. One of the web sites I follow every day is https://www.whitehousedossier.com/ .  It shows the President’s daily schedule and often has commentary on current events.  This morning, it had a link to a Turkish site (https://youtu.be/dx3K-jr4q6g) which had a montage of all of the talking heads saying during the 2016 campaign why Trump would not win.  It […]

Latest Dispatch from the Cesspool that Is Seattle
RushBabe49 · 26 Likes