September 1, 2021, marks the first official day of the Texas government recognizing that all Texans have the right to carry their handgun outside of their home and vehicle without a license.

It only took them being the 21st state to do so.

Lila Rose, well-known founder and president of Live Action and pro-life activist, joins Bulletproof to talk about her Catholic faith, her new book–Fighting For Life–and the connection between being pro-life, pro-2nd Amendment, and pro-women. 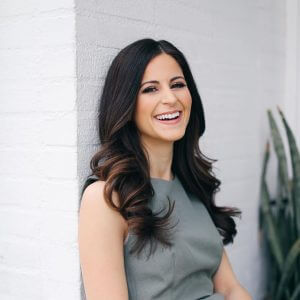 The owner/CEO of The Silencer Shop, Dave Matheny, joins Antonia for another episode of Bulletproof. He answers the age-old question of whether it’s called a suppressor or a silencer, the not so arduous process of getting one, and why the ATF’s suppressor process is an uncanny blueprint to gun registration.

Antonia speaks with JaPharii Jones, the president of the Virginia chapter of Black Lives Matter.  The number 757 refers to the area code of the chapter. This chapter is unique in that it is very vocal about its pro-Second Amendment stance. Antonia talks to Mr. Jones about their stand to remain independent. And the inconsistencies he sees on both sides of the political spectrum.

April Ann Kohlmeyer of Shash Lifestyle joins Antonia on this episode about the controversial method of concealed carry–purse carry. She discusses her own handbag–Shash– and the hurdles she has had to go through in order to make fashion and purse carry a real reality in the gun world. Make sure to listen until the end for an exclusive discount!

Antonia details her recent trip to Mississippi on an all-girl turkey hunt with HALO Hunting. And talks about the sudden cancellation of her speech at the University of Wisconsin, Eau Claire.

Once again, gun control advocates are calling for more gun control after the Boulder, Colorado, shooting. Antonia explains each popular gun control measure in the federal, state, and local levels of Colorado and the US. And she also goes into the victorious case for gun owners in the fight to repeal the bump stock ban.

A Word from the host, Antonia Okafor Cover, on the historic election of Kamala Harris.

What the heck happened last week? And will Fox News Channel continue to be the #1 news network for conservatives? Fox News Analyst, Lawrence B. Jones, joins us on Speak-Easy to discuss.

Just a little out there or media genius? Joe Rogan guest and viral star, Hotep Jesus, joins this episode of Speak-Easy and educates Shermichael and Antonia on tech and marketing.

Shermichael and Antonia talk with the black, conservative, student, and social media rising star, Charrise Lane, about her thoughts on the rising tide of socialism within her generation, the concept of being “pro-black” and black love. And her concerns for the future of conservatism for Gen Zers.

Neville Dowley joins Speak-Easy to explain what it means to be black and conservative.

Entrepreneur, activist, and co-founder of the Community Resource Center North Charleston, Shakem Akhet shares his story of being a troubled youth, to someone who turned his life around and has dedicated himself to creating change in the inner city. His riveting story will capture your attention and imagination about what’s possible for today’s troubled youth in inner cities across America.

Shermichael and Antonia speak with Editor-At-Large of Red State, Kira Davis, about the recent Breonna Taylor case decision and the public aftermath.

Lenny McAllister of Red State joins Antonia and Shermichael on this episode to talk about his article ‘A Most American City Becoming Increasingly Unliveable’ where they talk about the decline of American cities and how a lack of interest in politics on the local level has contributed to this decline.

Jemar Tisby, the New York Times Best-Selling Author of the critically acclaimed book, The Color of Compromise,  joins Shermichael and Antonia to discuss the successes and failures of the Church in regards to racial reconciliation.

Maj Toure of Black Guns Matter joins Speak-Easy to discuss the rapid growth of gun ownership among African Americans in the last few years and how the Second Amendment community can welcome new gun owners into the fold.