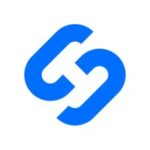 Use Code: YOUNG
To get $30 off your contact lenses, go to simplecontacts.com/YOUNG and enter code YOUNG at checkout.