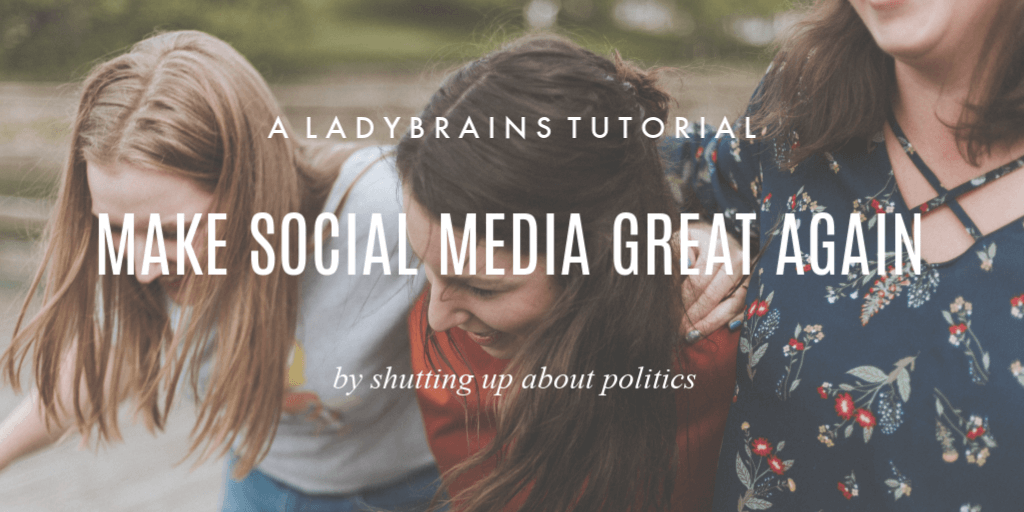 In the wake of Kavanaugh your social media feeds are a Rorschach test. How can we return to happier times? Let Kelly and Lyndsey be your guide.