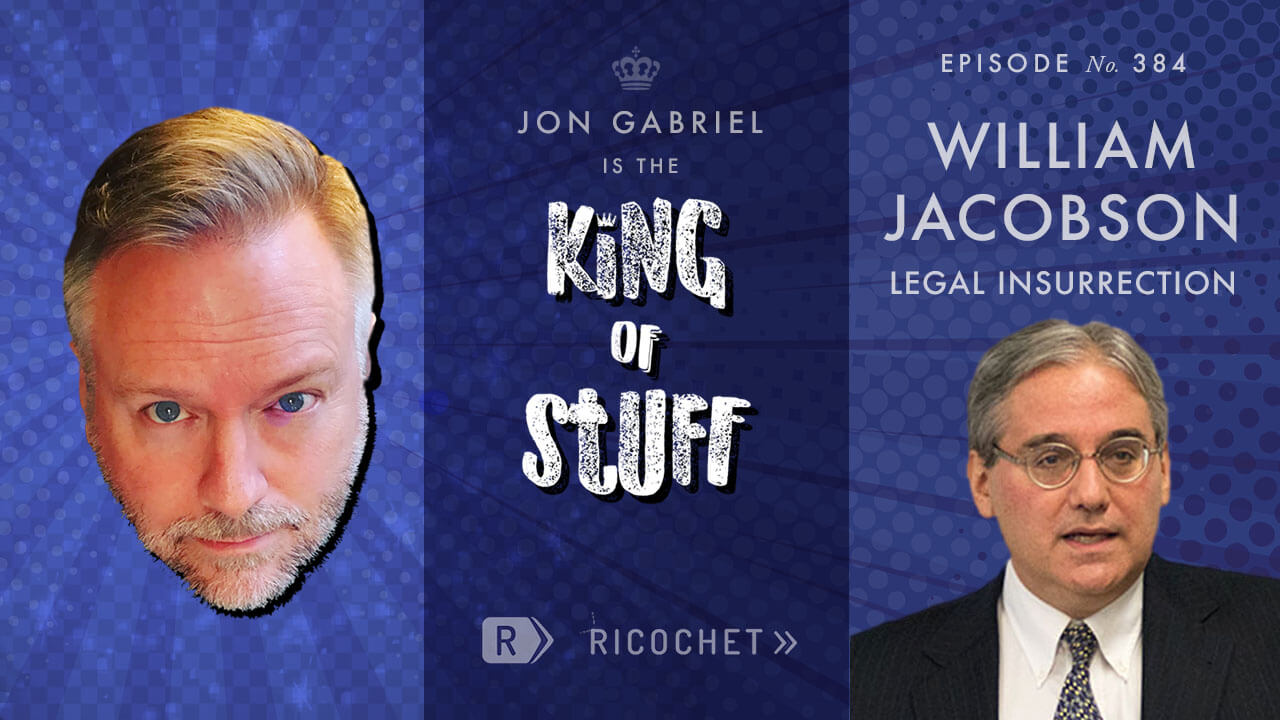 The king welcomes William A. Jacobson, the founder of Legal Insurrection, to discuss “special masters,” the FBI’s raid-not-raid of Trump’s Mar-a-Lago home, and the dark omens surrounding Biden’s Philadelphia speech. William Jacobson is a law professor and Director of the Securities Law Clinic at Cornell Law School. Professor Jacobson is frequently quoted in the media on political and legal topics, has authored many op-eds in major publications, and appears on television and radio to discuss politics and the law.

Then Jon opines on the midterms, the energy crunch, and positive developments in Chile. Subscribe to the King of Stuff Spotify playlist featuring picks from the show. This week, Jon recommends “Tuesday” by S.C.A.B.