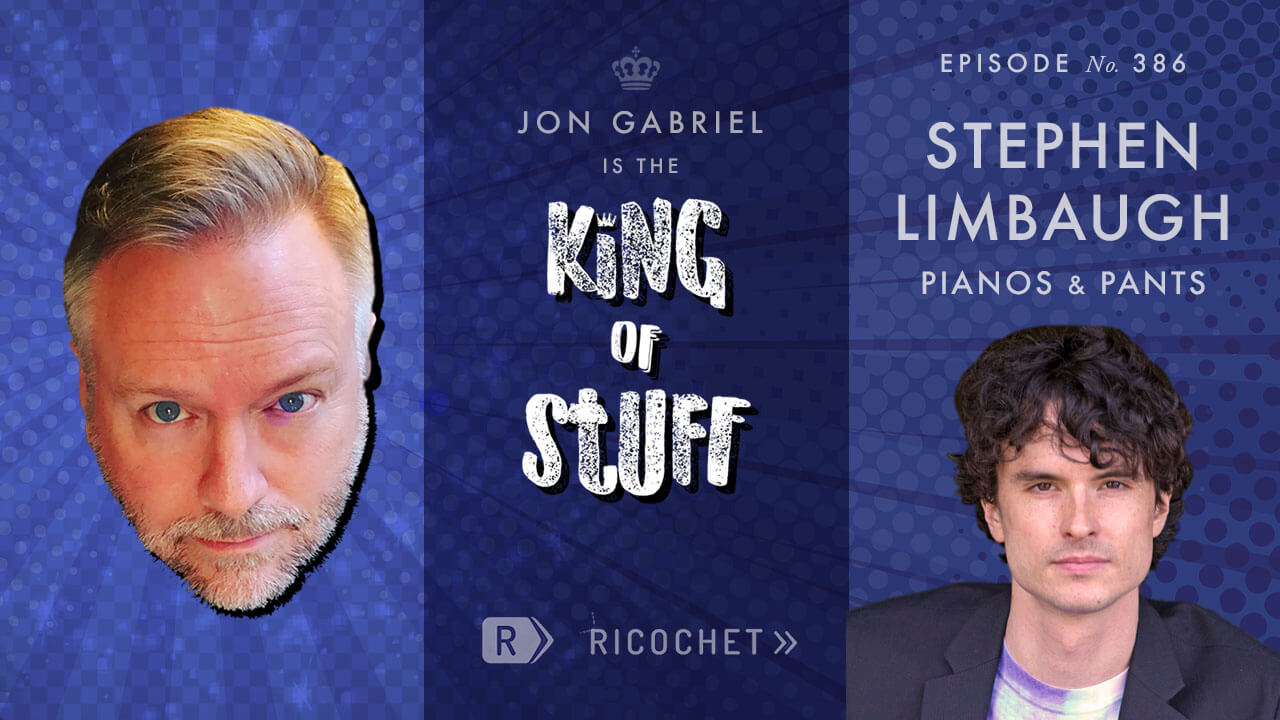 The king welcomes Stephen N. Limbaugh III, a fellow Lincoln Fellow and a composer and concert pianist. Limbaugh’s compositions have been recorded by the Russian Philharmonic Orchestra and Valentina Lisitsa. His debut album, Pants, was the top-selling album of contemporary concert music on the Billboard Classical charts in 2014. As a solo pianist, his engagements include the Golden Globes, Emmys, the White House, and the Nashville Scoring Orchestra. Limbaugh parlayed his success as a performer and composer into writing the musical scores for films, the latest of which was directed by Amanda Milius. Stephen is the son of federal judge Stephen N. Limbaugh Jr. of the 8th Circuit Eastern District, and cousin of the late talk radio host Rush Limbaugh.

On Thursday, September 22, Jon is visiting Columbus, OH, to moderate a discussion on School Choice. Hosted by America’s Future, a nationwide network of liberty-minded young professionals, the talk will be a live King of Stuff podcast recording appearing here next week. Find all the details here!