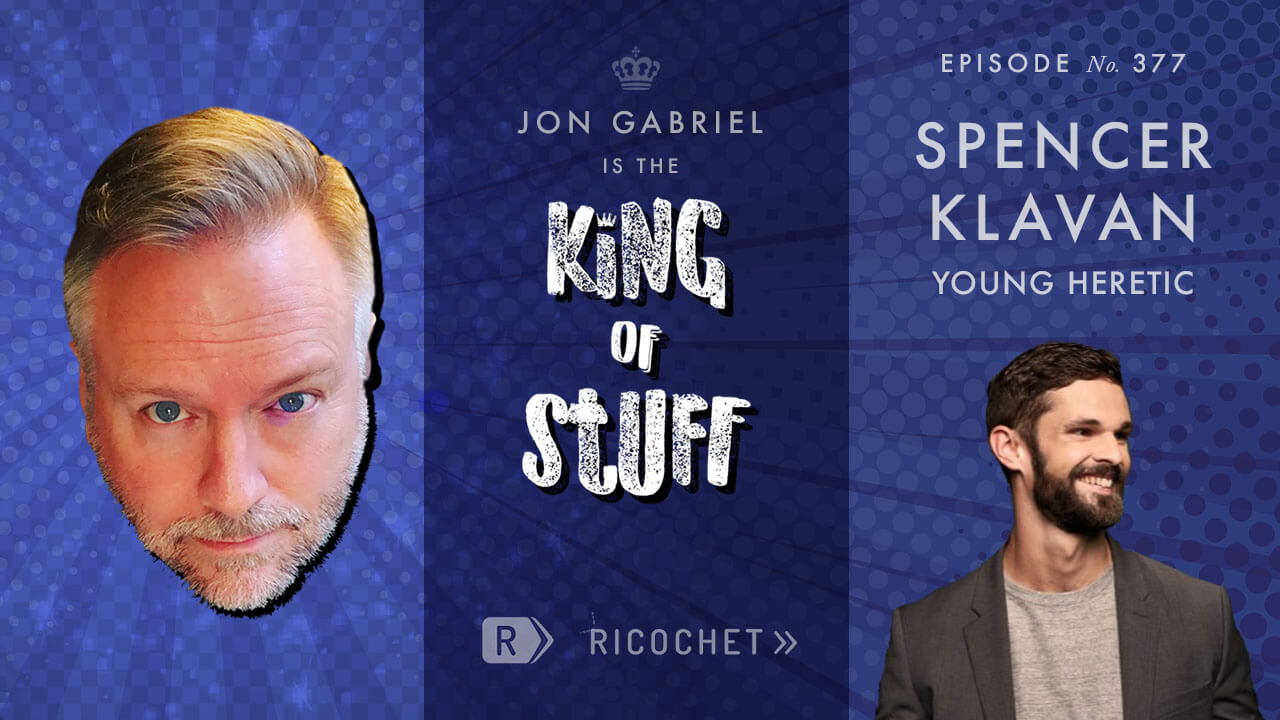 The King welcomes back Spencer Klavan, host of the Young Heretics podcast, Associate Editor for the Claremont Institute, and Features Editor of The American Mind. He just announced a new book to be released in February, How to Save the West: Ancient Wisdom for 5 Modern Crises, but I wanted to talk to him right now … and then again in February. We talk about the Left’s meltdown over the Supreme Court, the importance of the classics, and why so many younger men are turning to tradition.

Then Jon talks wraps up a few big stories in the news, Democrats’ woes, their contempt for July 4, and the latest shootings. Subscribe to the King of Stuff Spotify playlist featuring picks from the show. This week, Jon recommends “Nattens sista strimma ljus” by Swedish psych-rock outfit Dungen.