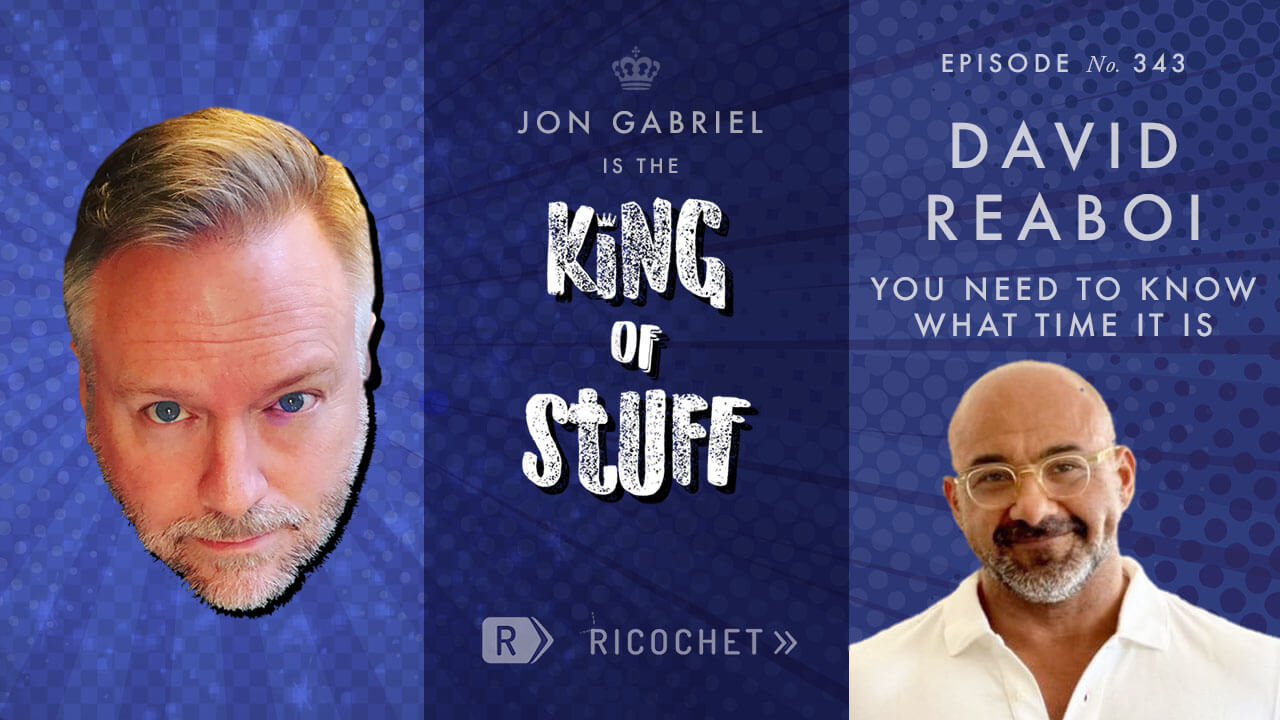 The King of Stuff talks with David Reaboi, Senior Fellow with the Claremont Institute, strategic communications consultant, and national security expert. He writes at his Substack, Late Republic Nonsense, where he often invokes the phrase “You need to know what time it is.” Jon and David discuss our current political moment and the stubborn resistance of the old guard to face it.

Subscribe to the King of Stuff Spotify playlist featuring picks from the show. David picks “My Song” by Keith Jarrett and Jon goes with “Better Git It in Your Soul” by Charles Mingus.