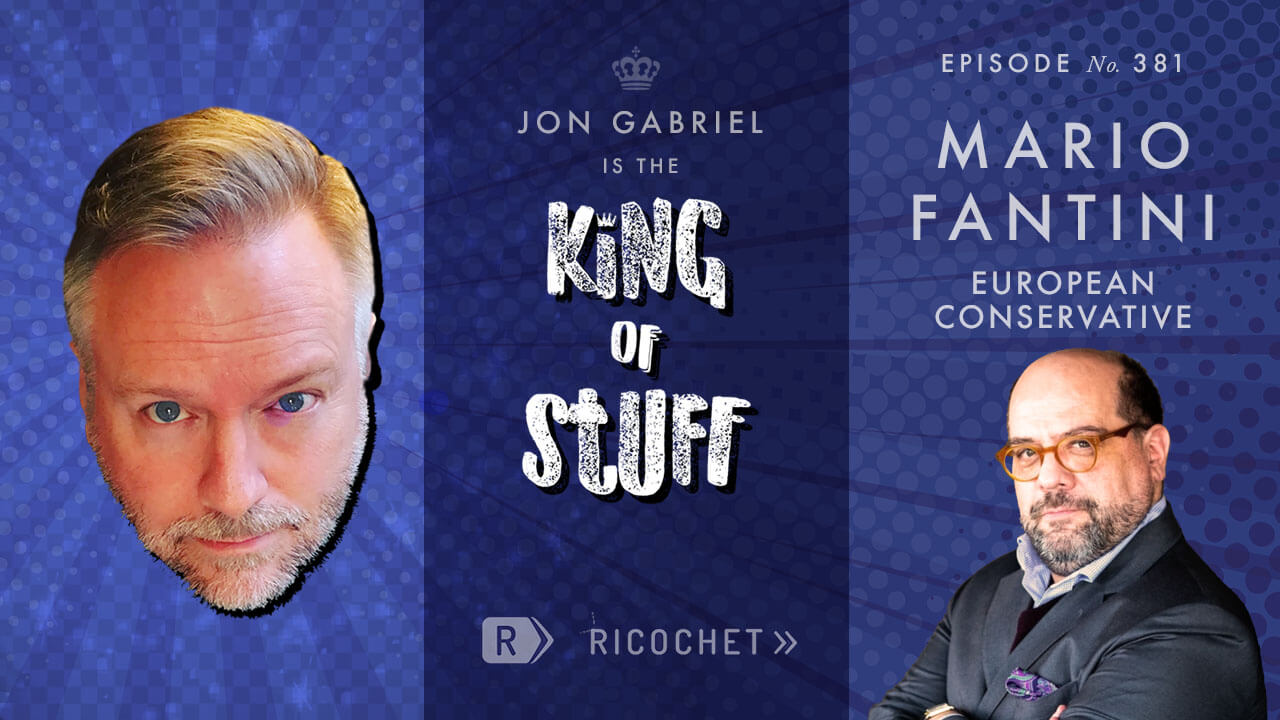 The King welcomes Alvino-Mario Fantini, Editor-in-Chief of The European Conservative, Europe’s premier conservative English-language quarterly journal of philosophy, politics, and the arts. His work has appeared in such publications as The American Spectator, Crisis, The New Criterion, Far Eastern Economic Review, Catholic World Report, The American Conservative, and The Wall Street Journal. Mario serves on the board of the Center for European Renewal, and is a member of the Philadelphia Society, Mont Pelerin Society, and the Institut d’Etudes Politiques.

We talk about the conservative renewal in places like Hungary and Poland, the future of the right in Europe, and the differences between European and American conservatism. Subscribe to the King of Stuff Spotify playlist featuring picks from the show. This week, Jon recommends “Radio Free Europe,” by R.E.M.