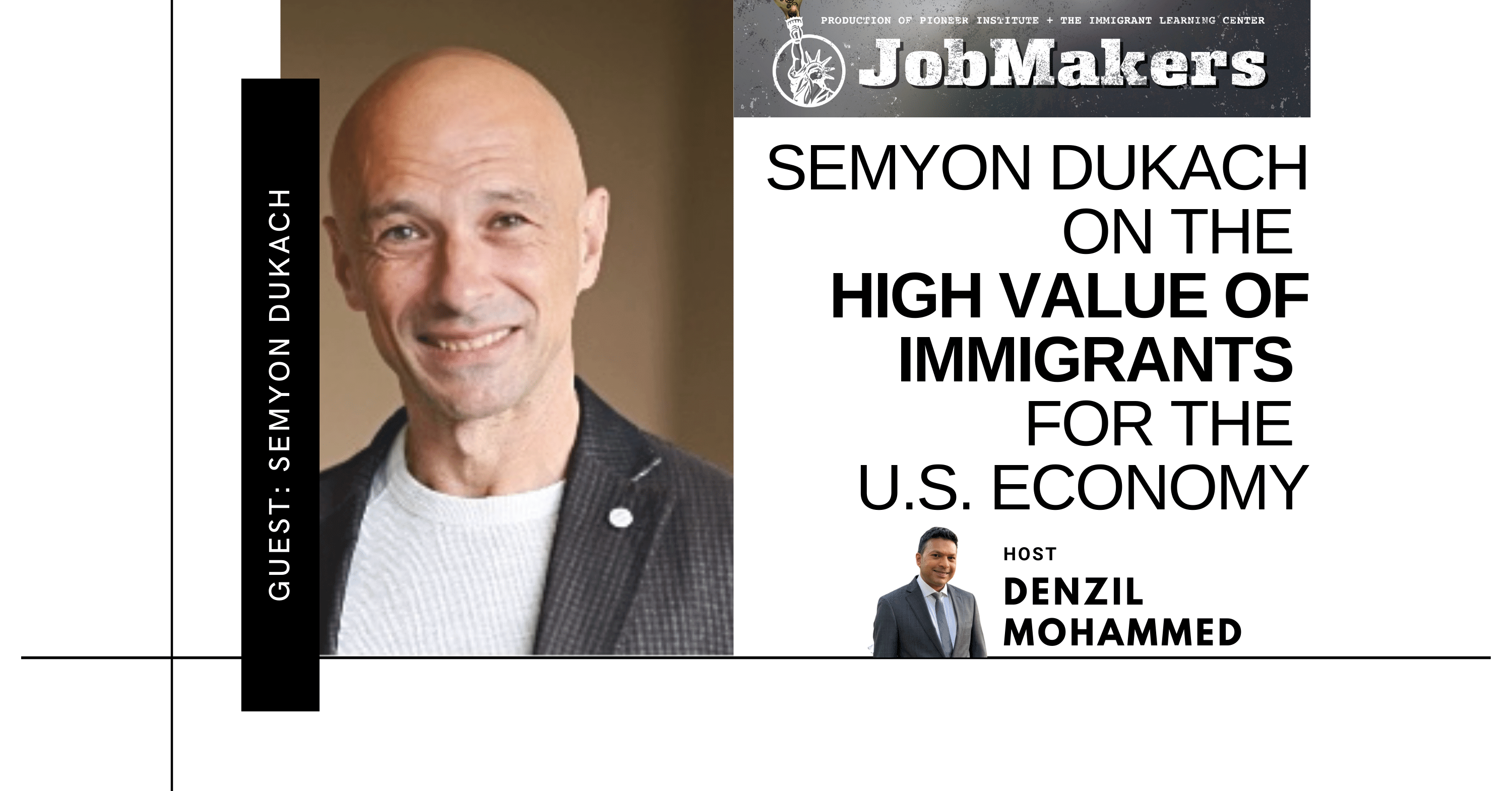 This week on JobMakers, Host Denzil Mohammed talks with Russian-born entrepreneur Semyon Dukach about the high value of immigrants to the U.S. Dukach started a seed stage fund for immigrant tech founders, One Way Ventures, in response to the early restrictive moves of the Trump administration, particularly the Muslim ban. In his 20 years of angel investing, he noticed a trend: immigrant-led companies repeatedly outperformed the rest of his portfolio. Indeed, immigrants make up less than 14 percent of the U.S. population but launched 24 percent of high-tech startups and founded or co-founded 55 percent of America’s billion-dollar startups. In this episode, Dukach shares his thoughts on how to reform America’s immigration policies.

Semyon Dukach is a refugee from the Soviet Union and Managing Partner of One Way Ventures. He was previously the Managing Director of Techstars (Boston), and prior to that, a prolific angel investor and a friend of the startup community. Semyon has made over 100 angel investments, including early investments in Quanergy, SMTP.com, and Wanderu. Xconomy lists Semyon as a top angel investor in New England. His philosophy has been to focus on helping his founders at all costs. Prior to becoming a full-time angel, Semyon co-founded several technology companies including Vert and Fast Engines. Fast Engines was sold to Adero in 2000. Beyond startups, Semyon is known for leading one of the MIT blackjack teams in the early 90s. Semyon earned his B.S. from Columbia University and M.S. from MIT, both in Computer Science.