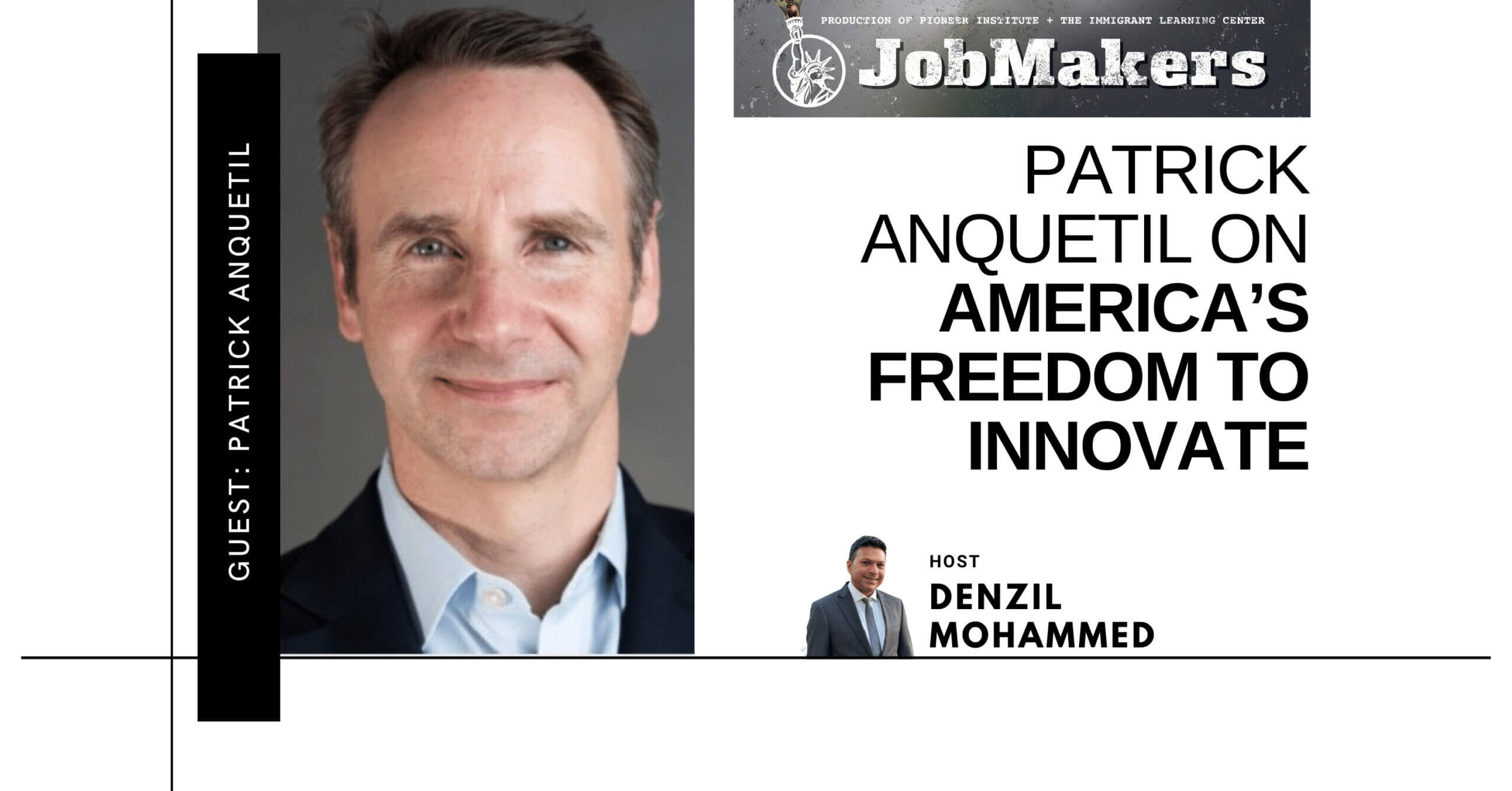 This week on JobMakers, host Denzil Mohammed talks with Dr. Patrick Anquetil, immigrant from France and co-founder and CEO of Portal Instruments in Cambridge, Massachusetts, a clinical stage, medical device company developing a needle-free drug delivery platform. As Patrick shares, there was no way he could have started a business like this in his home country. The spirit of entrepreneurship that we take as a given here in America does not exist everywhere; in many countries, taking risks to start a business is actually frowned upon. So, Patrick went to MIT, which he says gave him “a sense of great possibilities.” That freedom to innovate has led, in his case, to a transformative patient experience, something we can all appreciate. But it could only have been created in a place that fosters an entrepreneurial spirit in its people, new or old, as you’ll learn in this week’s JobMakers podcast.

Patrick Anquetil, PhD, MBA is Portal Instruments’ Chief Executive Officer. Patrick brings more than 18 years of experience leading high-tech bioengineering companies from the lab to the market place and building world-class teams. Prior to founding Portal Instruments, from 2009 to 2012, he was co-founder and director of strategic planning for SynapDx Corporation, where he had responsibility for development of the company’s business and operational plans as well as securing Series A funding. SynapDx went on to raise more than $40 million in venture capital to develop the first test to detect the early onset of autism using technologies licensed exclusively from Boston Children’s Hospital and George Washington University. He also co-founded Aretais, Inc. to develop a non-invasive method to detect blood glucose using Coherent Anti-Stokes Raman Spectroscopy (CARS) backed by Pfizer, Inc. Patrick began his career as a science and nanotechnology equity research analyst at Susquehanna International Group, authoring and marketing industry and equity research reports to hedge funds and portfolio managers. Patrick holds a doctorate in BioInstrumentation from MIT, an MBA from Harvard University, and a master’s degree from the ETH in Zurich and the University of Tokyo. His scientific work has appeared in numerous peer-reviewed publications as well as mainstream media, including MIT Technology Review, Wired Magazine, PBS, and CNBC among others.