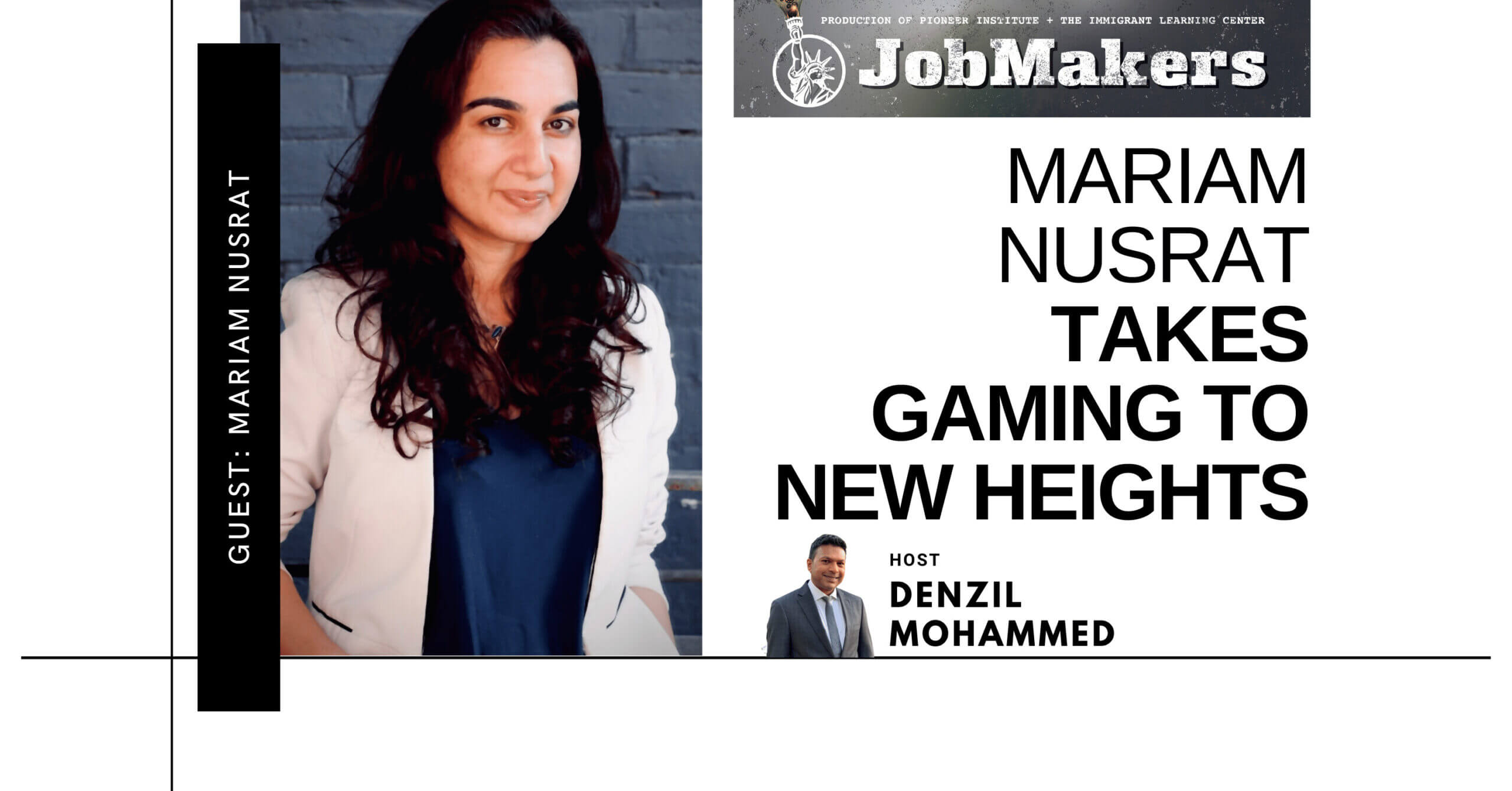 This week on JobMakers, host Denzil Mohammed talks with Mariam Nusrat, immigrant from Pakistan and founder and CEO of both the venture-backed Gaming Revolution for International Development and the not-for-profit Gaming Revolution for Inspiring Development, both with the acronym GRID. GRID, the for-profit arm, is democratizing the creation of video games with a software-as-a-service platform called Breshna, while the not-for-profit arm creates low-cost social impact games that educate, engage and empower people towards positive behavior change. Nusrat, economist-turned-tech entrepreneur, stands out as a Muslim immigrant woman in tech. She aims to empower the world’s 3.2 billion smartphone users, as you’ll discover in this week’s JobMakers.

Mariam Nusrat is the Founder of GRID – Gaming Revolution for International Development, a tech start-up that aims to unleash the power of video games to educate, engage and empower people for positive behavior change. The team has built Breshna, a platform that creates purposeful video games with no-code, at low-cost & lightning speed. Mariam is on the Forbes Next 1000 List and a recipient of the Clinton Global Initiative University Honor Roll Alumni Award. She has presented GRID at several high-level forums including two sessions moderated by President Clinton at CGIU Meetings and two Tedx events. Since its launch, GRID has received extensive media attention with articles in Huffington Post, Washington Post, Daily Mail UK, Yahoo News and other mainstream news channels, and was included in the DC Inno 50 on Fire companies.